In What Way Should the Preparations for the 2016 Administrative Reform Have Been Different and Why?

The administrative-territorial organisation of Estonia needed changes. The average population of Estonian rural municipalities was in 2016 less than 2,500 people and, in spite of mergers, there are still inexpedient units where the centrally located settlement is separated from its hinterland in administrative terms. However, one should be objective when preparing and implementing the administrative-territorial reform. The often expressed opinion that decreasing the number of rural municipalities would result in retrenchment of resources in terms of the number of local officials and administrative costs is misleading. In 2016 was adopted the Administrative Reform Act. Its implementation began in 2017. The purpose of this paper is to analyze in what way should the preparation for the 2017 administrative reform in Estonia have been different and why. 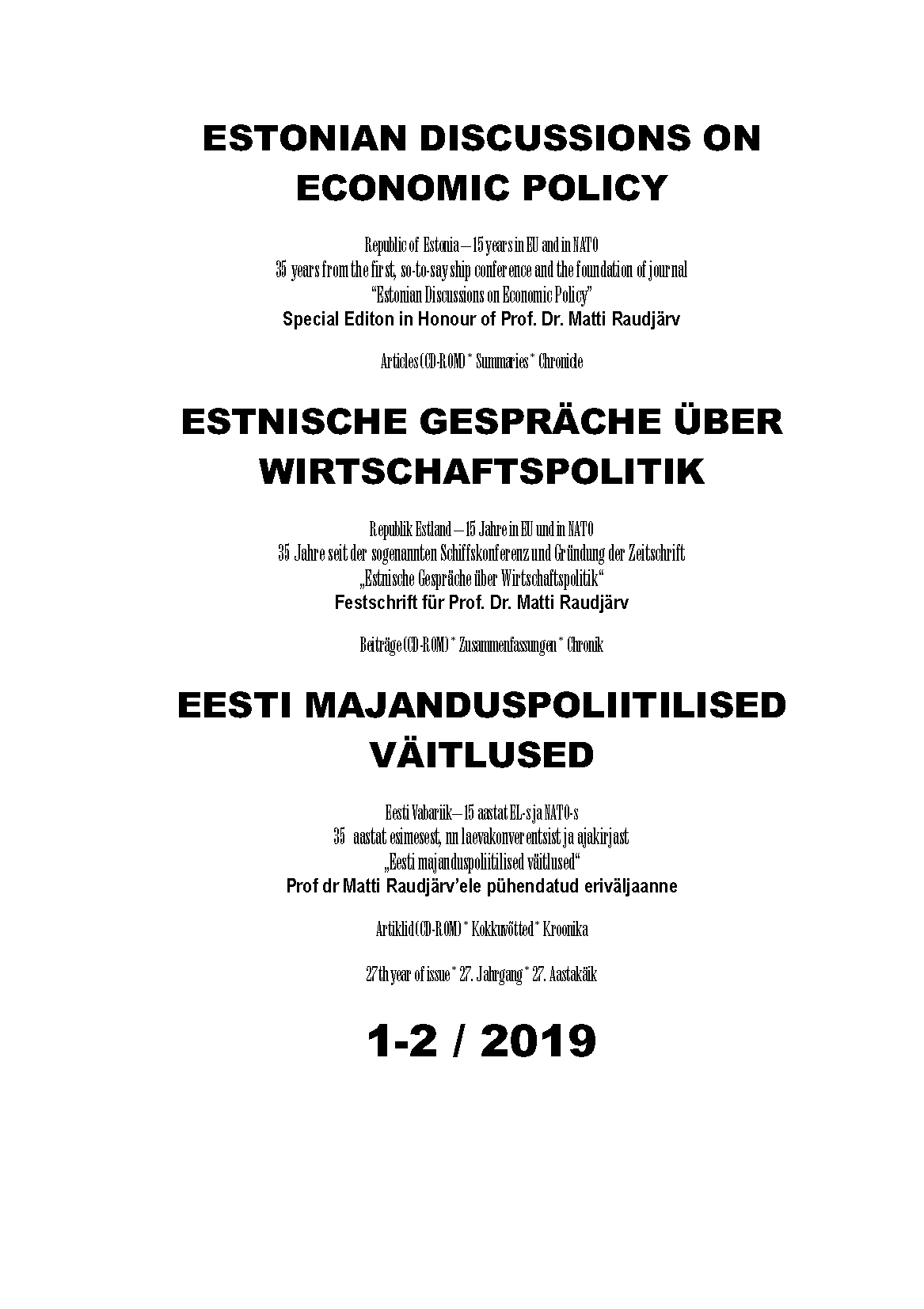 Published
2019-09-05
How to Cite
Mäeltsemees, S. (2019). In What Way Should the Preparations for the 2016 Administrative Reform Have Been Different and Why?. Estonian Discussions on Economic Policy, 27(1-2), 83-90. https://doi.org/10.15157/tpep.v27i1-2.15454
Download Citation
Issue
Vol. 27 No. 1-2 (2019): Republic of Estonia – 15 years in EU and in NATO/ 35 years from the first, so-to-say ship conference and the foundation of journal “Estonian Discussions on Economic Policy”
Section
Articles. Artikeln. Artiklid
The publication Estonian Discussions on Economic Policy uses the Creative Commons Attribution 4.0 License. With the delivery of a paper, the author grants to the Board also the right to publish the paper in the journal. The journal has set no obstacles or prohibitions to the authors for the future, and according to the current practice, authors subsequently use their paper as they consider it appropriate. Authors are personally responsible for the content, correct spelling and formatting of their publications.