Expansion of Capacity Development of Local Self-Government in Georgia

The article identifies and analyzes the problems of local self-government bodies of the Samegrelo-Upper Svaneti region of Georgia. The main problems of local authorities are: low financial opportunities, distrust of the population to the authorities, a narrow base of their own income and a very weak connection with the local population. Purpose of the study is to identify opportunities and ways to solve the problems of local self-government to ensure the successful socio-economic development of the Same-grelo-Upper Svaneti region. The research method is based on the use of the conclusions of the installation Theory of Set (attitude) (D. Uznadze, 1949). To identify opportunities for expanding the self-government's own income, the following surveys, interviews and questionnaires were conducted with the local population in 08. 2018-08. 2019. The results were processed by the SPSS computer program. 402 local residents of cities and villages of the Samegrelo-Upper Svaneti region participated in the survey and questionnaire. Analyzing the data obtained, we were able to draw the following conclusions: public confidence in the institution of local self-government of the is very low. This leads to unsatisfactory self-organization of the population. Population activity could ensure citizens' participation in solving local development problems, but this is not happening yet: despite mistrust of local authorities, the population nevertheless showed a willingness to pay local taxes: we are considering the possibility of collecting payments (within reasonable limits) as a way to stimulate communication population with local government. To increase confidence in the municipal government, it is necessary to stimulate the attitude of citizens towards control over local self-government, which will also ensure self-organization of the population. Assistance in the development of forms of self-organization of the population and tools for managing local self-government should become an important part of the regional economic policy of the state. In this regard, it is necessary to expand and clarify the motivation of the local population of the Samegrelo-Upper Svaneti region. A survey of the local population of Samegrelo-Upper Svaneti showed that the majority of citizens are willing to pay in order to increase local incomes. In the interests of local authorities and the entire population and, if possible, to control the purposefulness of the use of payments, citizens are ready to participate in the economic development of the region. The highest level of willingness to pay for services is observed in cities, where the living standards and incomes of the population are much higher than in villages, where the same indicators are lower: there is a positive relationship between the willingness to pay local taxes and payments depending on age, level of education, employment and permanent residence: the highest level of willingness to pay contributions is found by those respondents who, if they turn to local authorities for help, are satisfied with the assistance they provide. This once again shows how important it is to motivate the population to communicate with local authorities in order to build trust in them. The study was conducted before the pandemic, however, the data coming from the Samegrelo-Upper Svaneti region allow us to conclude that holding democratic local elections is of particular importance for strengthening self-organization of control and trust in local authorities: The problems associated with the COVID 19 pandemic have strengthened communication with local self-government, but also created new forms of confrontation related to the refusal of vaccination. The effective work of local self-government in the Samegrelo-Upper Svaneti region depends on the process of reducing the confrontation, holding democratic local elections and improving the well-being of the region. 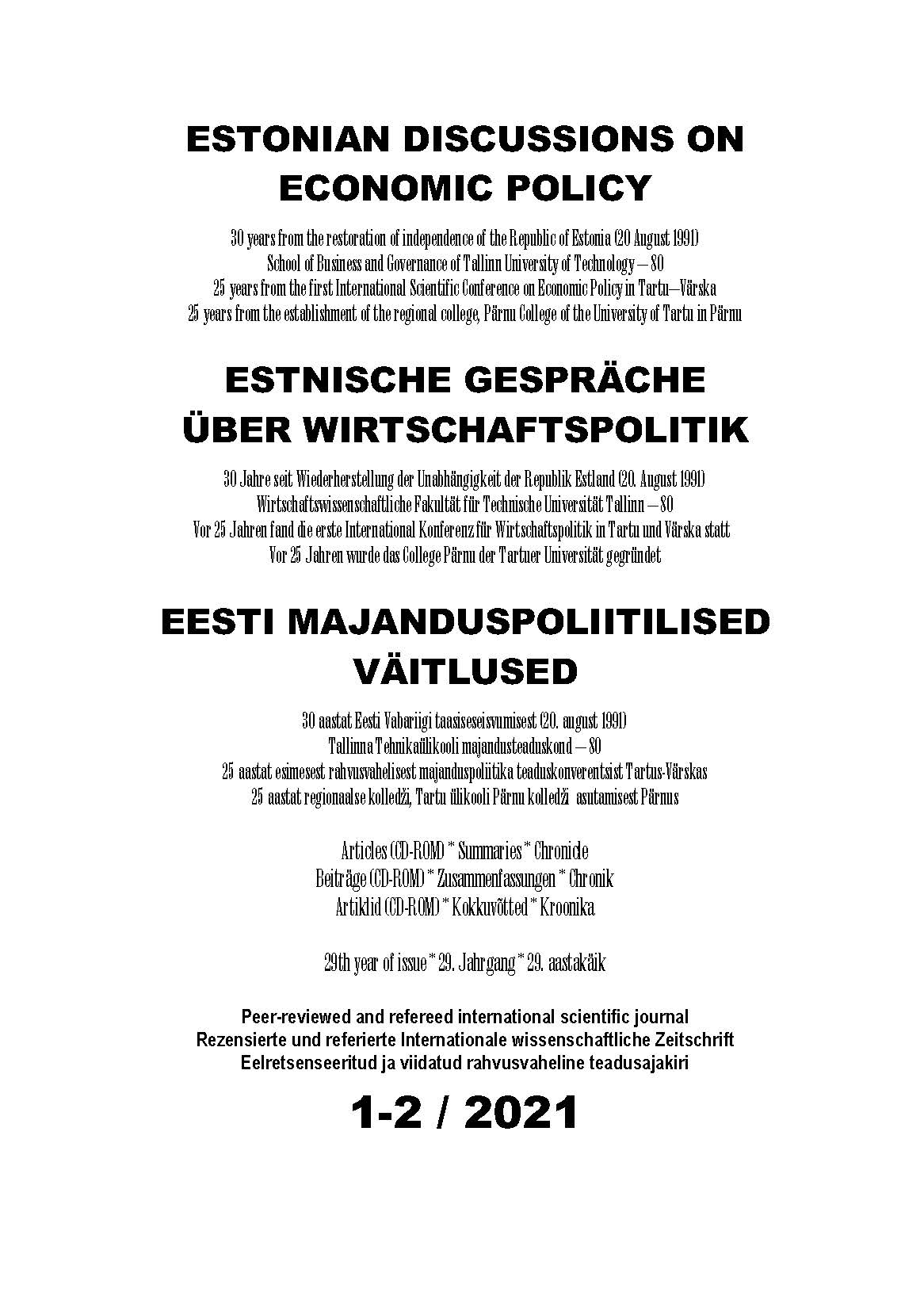 Published
2021-11-04
How to Cite
Gogorishvili, I., Zarandia, E., & Javakhishvili, I. (2021). Expansion of Capacity Development of Local Self-Government in Georgia. Estonian Discussions on Economic Policy, 29(1-2), 100-121. https://doi.org/10.15157/tpep.v29i1-2.18344
Download Citation
Issue
Vol. 29 No. 1-2 (2021)
Section
Articles. Artikeln. Artiklid
The publication Estonian Discussions on Economic Policy uses the Creative Commons Attribution 4.0 License. With the delivery of a paper, the author grants to the Board also the right to publish the paper in the journal. The journal has set no obstacles or prohibitions to the authors for the future, and according to the current practice, authors subsequently use their paper as they consider it appropriate. Authors are personally responsible for the content, correct spelling and formatting of their publications.