The paper provides an empirical study of semiotic mechanisms of culture. We apply the methodology developed by the Tartu-Moscow School of Semiotics, building also on the criteria of boundary-work dynamics to examine a collected corpus of adverts appearing in Silesian Catholic periodicals (in German and in Polish) from the second half of the 19th and early 20th centuries. We discuss the cultural implications of the differences and similarities in German and Polish ads and propose functional explanations of the results in terms of the notion of boundary configurations in a region as a particular structuring of cultural codes. The two analytical axes are the social boundary implicated in the use of German vs. Polish on the parameter of 'sacred' (sacrum) reference, and the symbolic border in the use of Fraktur (German script) versus Antiqua (Latin script) (boundary objects). 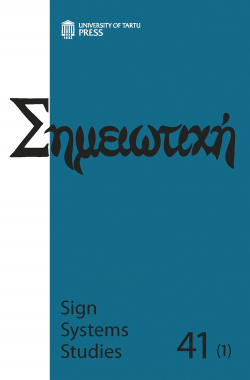