Where semiosis begins when reading a text: On event perception

In this paper, I report on a set of data which, so I believe, give evidence of current experience as being conceptualized on the basis of conceptual structures that originate from different time scales. The data are obtained by a procedure that shows features of think-aloud protocols and eye-tracking research. The text which is read is a narrative, an excerpt from Saint-Exupéry’s Le Petit Prince. Five groups of readers, at different times and locations, were presented with the text in five different languages. They underlined the words for which something came to mind and jotted down responses in the margin of the one-page long text ad lib, in a time frame of ten minutes. Their responses, expressed by pictorial and written signs, testify to ways of perceiving elements in scenes and scenarios, in short, elements of the environment with which the readers interact at the moment of reading. When the jotted responses are correlated with the segmental positions in which they occur, regular patterns emerge, revealed by significant differences in response frequencies. The semantic properties of the linguistic material in these segmental positions signal the perceptual presence of (image-)schematic figure-ground relations that inhere in basic event structures. Different layers of semiosis, originating from different time scales, thus appear to simultaneously contribute to current experience, the latter being possible because of the expanded consciousness of the organism that discovered how to turn in on itself. 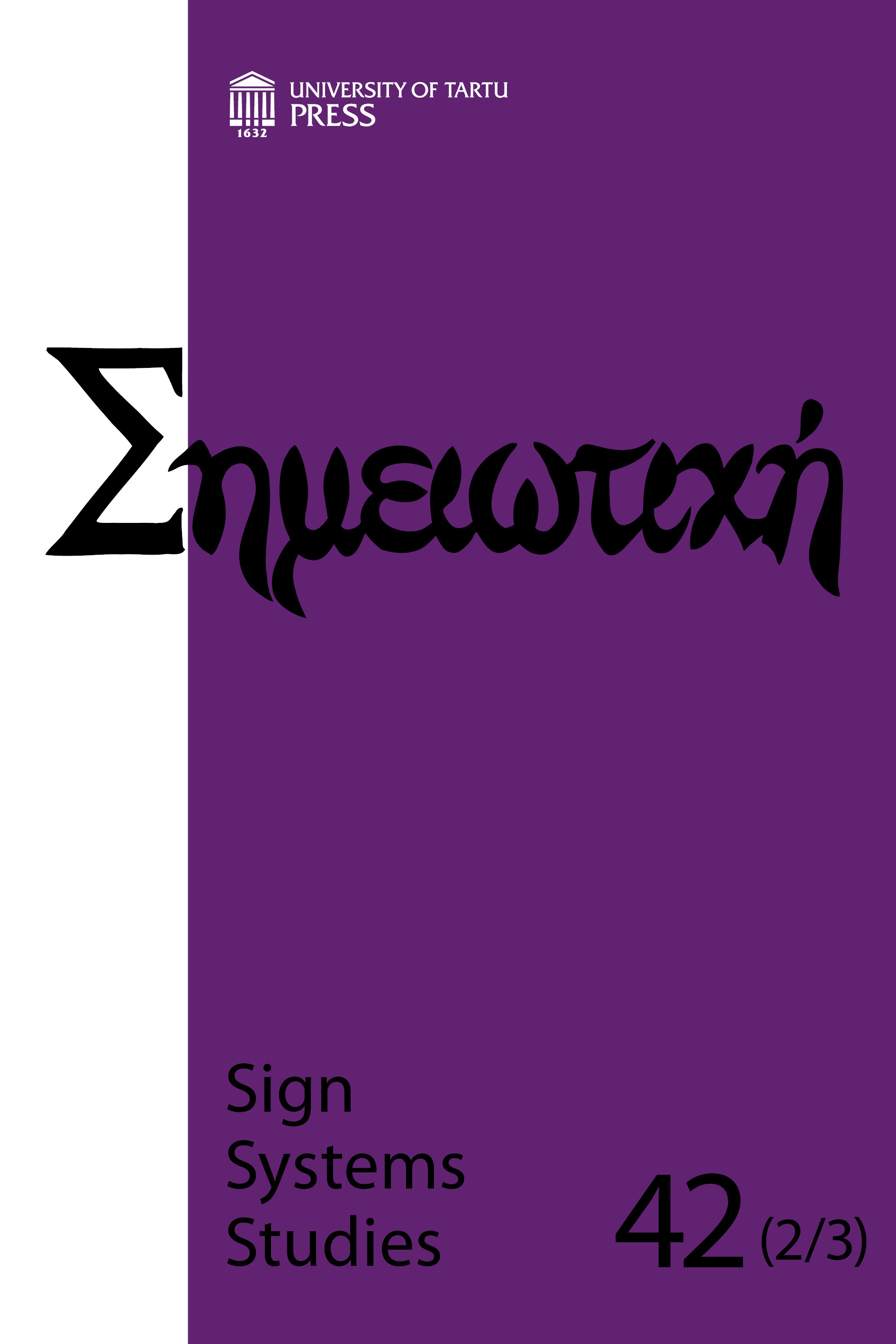