A Decade Full of Renovations at the University of Tartu Library

The library building, which entered its 40th year of functioning on 22 February 2022, had already for many years been urgently needing renovation. Some partial renovations had been made a few years earlier. In 2012, under the CO2 emissions quotas project, the library ventilation system was renewed, all windows were replaced and the roof and the front of the building were provided with thermal insulation; in 2013, the renovation proceeded to the reading rooms of the humanities and social sciences and a lift was installed in the building. However, because of the poor safety situation of the collections and people and due to the regulations of the Rescue Board, it was necessary to undertake a major renovation of the
whole building. Large-scale preparations for the renovation took several years. The process, planned to be done by stages which should have closed the library for users for only a few months, started in summer 2016. In reality, for different reasons it took two years and it was completed in August 2018. Although we were not able to get everything that we had wanted, for example, the 24/7 area, both the users and the staff members are all very happy with the renewed library. 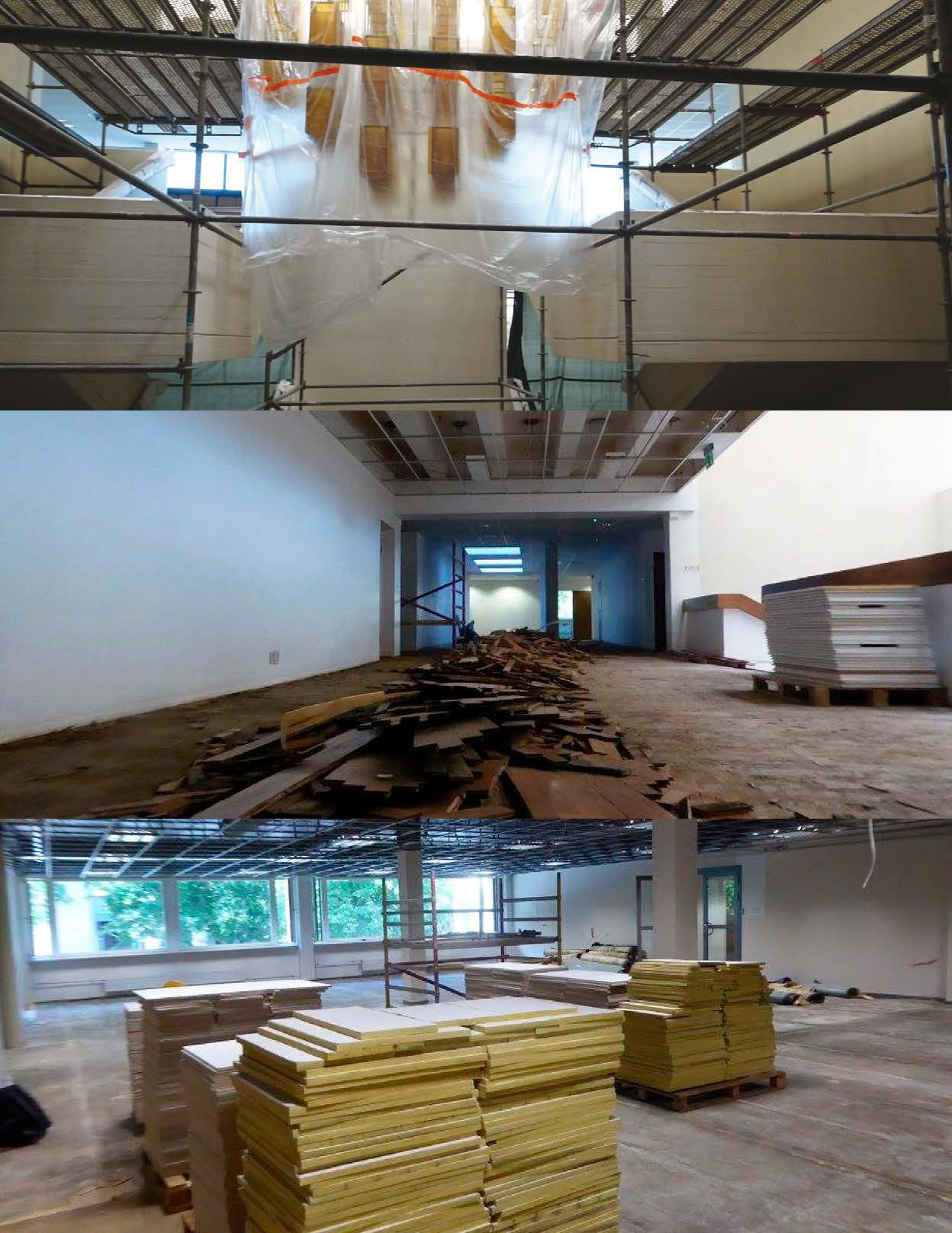