The Year of Karl Morgenstern 2020

The year 2020 was in the library called the Year of Morgenstern, as the 250th anniversary of the first library director, professor Karl Morgenstern (1770–1852), was celebrated by a number of events and activities. This was a continuation of a tradition – events and exhibitions were held and publications were issued 50 years ago, in 1970, and 25 years ago, in 1995. As Morgenstern was also the creator and first director of the university art museum, the anniversary events were held in close cooperation with the UT Museum as well as the Department of Classical Studies. The central celebratory event held at the library was the exhibition „The Classic of Tartu. Karl Morgenstern 250”. The main event of the Year of Morgenstern was the joint conference of the library and the museum on 3 December, „Morgenstern and his Time”. To mark the event, a collection of materials in Estonian and
English, Qui vult, potest. Karl Morgenstern 250, was published (edited by Jaanika Anderson). 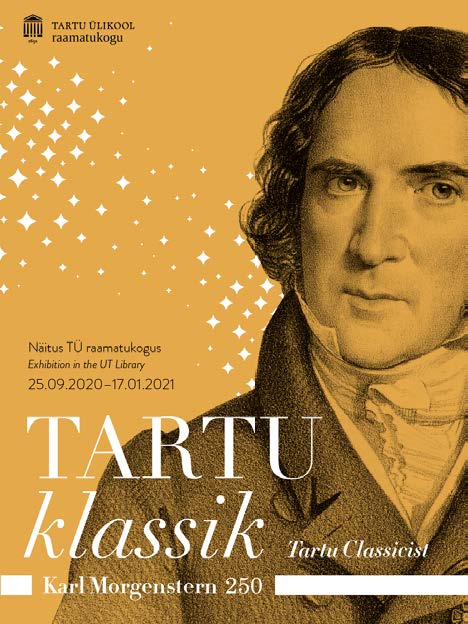