Literature festival Prima Vista is one of the oldest continuously held cultural events in Tartu. Although Tartu is Prima Vista’s home, we have always wanted to be the festival for the whole Estonia and several events take place in other cities. Guests of Prima Vista have, from the very first festival, come from many countries. Umberto Eco’s visit in 2009 has so far been the undisputable culmination of the festival history regarding both the interest of the audience and the attention of the media. Other authors of great renown have visited the festival, such as Sten Nadolny (2005), Wolf Biermann (2012, Klaus-Peter Wolf (2014) from Germany, the influential British-American theoretician of pop culture Simon Reynolds (2012) and the American classic of cyberpunk Bruce Sterling (2013), the Finnish-Swede Kjell Westö (2015), Etkar Kerett (2021) from Israel and many others. The festival has welcomed numerous top writers from Latvia, Finland and Hungary, and guests from France, Spain, Japan and India. The Russian-language programme has had a special meaning for Prima Vista. Our mission has been to invite and introduce to the Russian-language public the supporters of democracy and writers who are dissidents in the eyes of the Russian governing regime, many of whom have to live in exile. In 2024, when Tartu will be the cultural capital of Europe, we will present a special programme The Better and Worse Futures and we hope that the Prima Vista of that year will be a greater and more international
event than ever before. 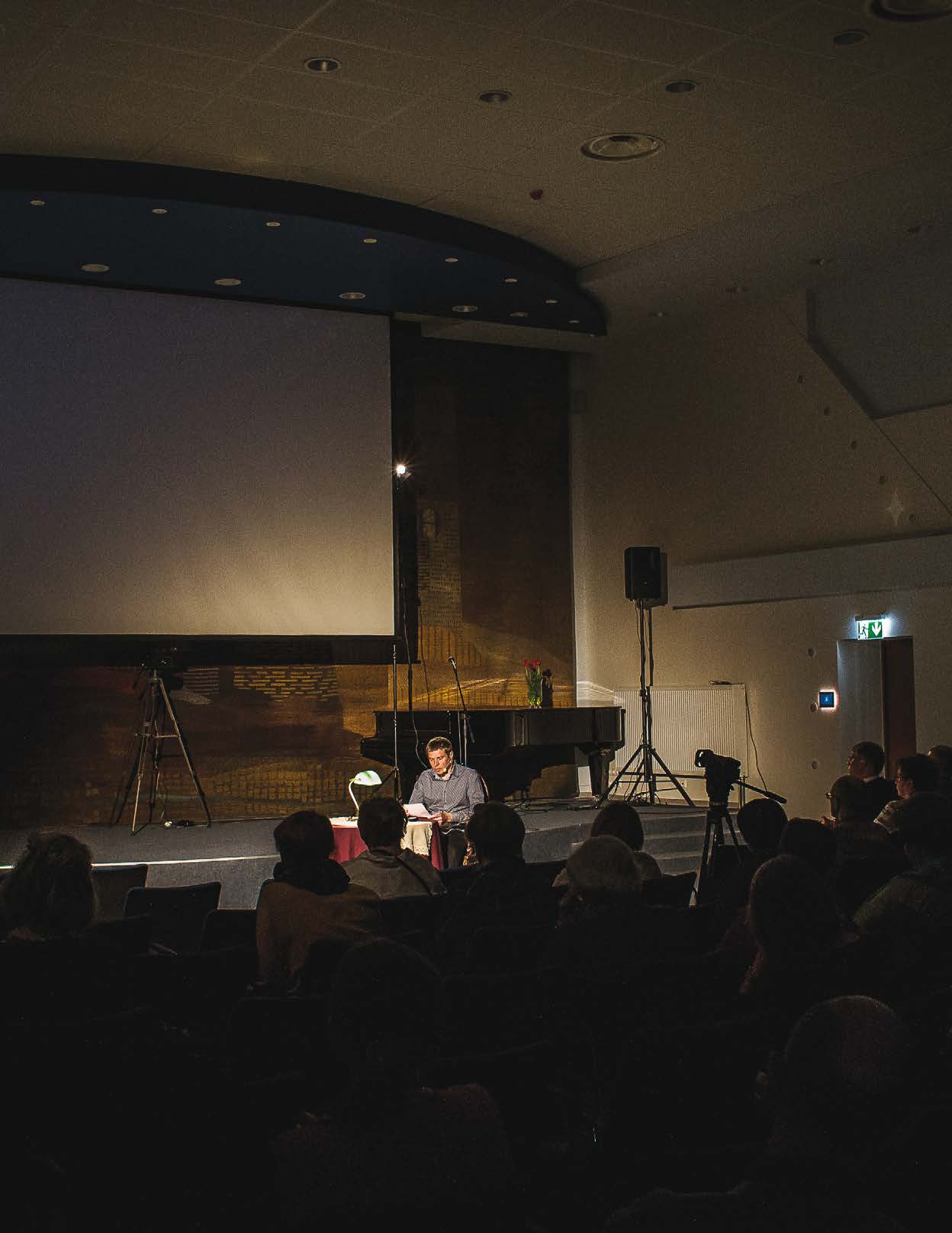