On preservation and development of Estonian as a research language in anthropology – the role of the Yearbooks of the Estonian Anthropometric Register (1998–2002) in it. Part II

DOI: https://doi.org/10.12697/poa.2018.27.1.03
Keywords: Centre for Physical Anthropology at the University of Tartu, Yearbooks of the Estonian Anthropometric Register, Estonian as research language in anthropology

On 18 July 2018, the Centre for Physical Anthropology at the University of Tartu will mark its 25th anniversary. The specialists of different research areas from whole Estonia who had gathered around this Centre also considered it necessary to preserve and develop Estonian as a research language in anthropo logy. When cooperation was established with the Estonian Anthropometric Register (founded in 1995), it became possible to publish the Estonian-language Yearbook of the Estonian Anthropometric Register (YEAR), the first of which was published in 1998, i.e. 20 years ago.

The article will deal with the YEARs published in 1998–2002 – who were the authors who decided to publish their research papers on anthropology in in Estonian in this serial, how many of them there were, in which towns and institutions they worked?

The first part of the overview [6] briefly described the publications by researchers of anthropology originating in Estonia, starting with publications in Latin and finishing with English as the main present-day language of research. Table 1 provided a general characterisation of the five yearbooks and Table 2 the distribution of the published articles according to the number of authors. 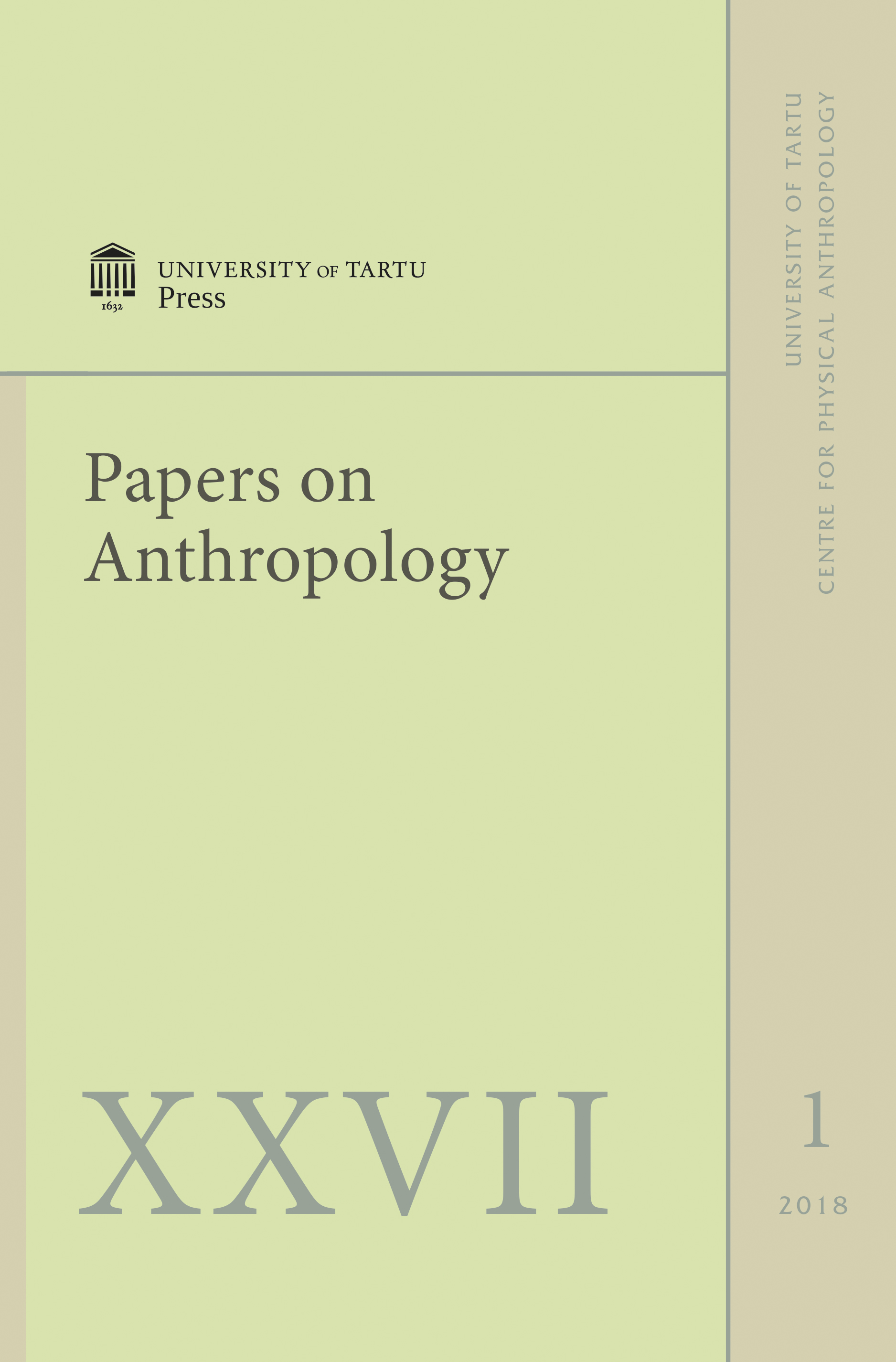