Abstract. Minna Saarelma-Paukkala and Annika Hussar: Names of native origin in Estonia and Finland from the 19th century to today. A significant change occurred in Finland and Estonia in the second half of the 19th century: given names of native origin were taken into use in addition to international names. Similar changes occurred in many other European countries in connection with the rise in national consciousness. Similar techniques were used in the creation of new names: heathen names in old documents; names from the folklore and mythology; artificially created names; names were translated. There are names which can be interpreted as versions of international names as well as names of native origin. In Estonia, it was recommended to borrow names from closely related languages and Finnish names were primarily borrowed. The Finns have borrowed some Estonian names. The spread of new names was facilitated by their introduction in calendars, their occurrence in the epos and fiction. As of the end of the 19th century, Finland has been ahead of Estonia in terms of time. Already in the last decades of the 19th century, approximately one tenth of children were given names of native origin in Finland. The peak years arrived in the 1930s–1940s when about one third of children were given characteristically Finnish names, girls more often than boys. In Estonia, the peak of female names of native origin occurred at the same time, approximately half of the girls were given names of native origin. Today, naming has become more and more individual, and names of native origin provide plenty of opportunities. In Finland, precisely the names of native origin constitute the source of uniqueness at the moment. In Estonia, the share of persons with unique names has been higher for a longer period of time, but on the account of many versions and spellings. Innovation in names in the 19th–20th centuries has had continuous impact on the use of names by Estonians and Finns. Both languages are full of examples of how certain agreeable structures, sound combinations or name elements will be repeated and reiterated in new names of individual creation. 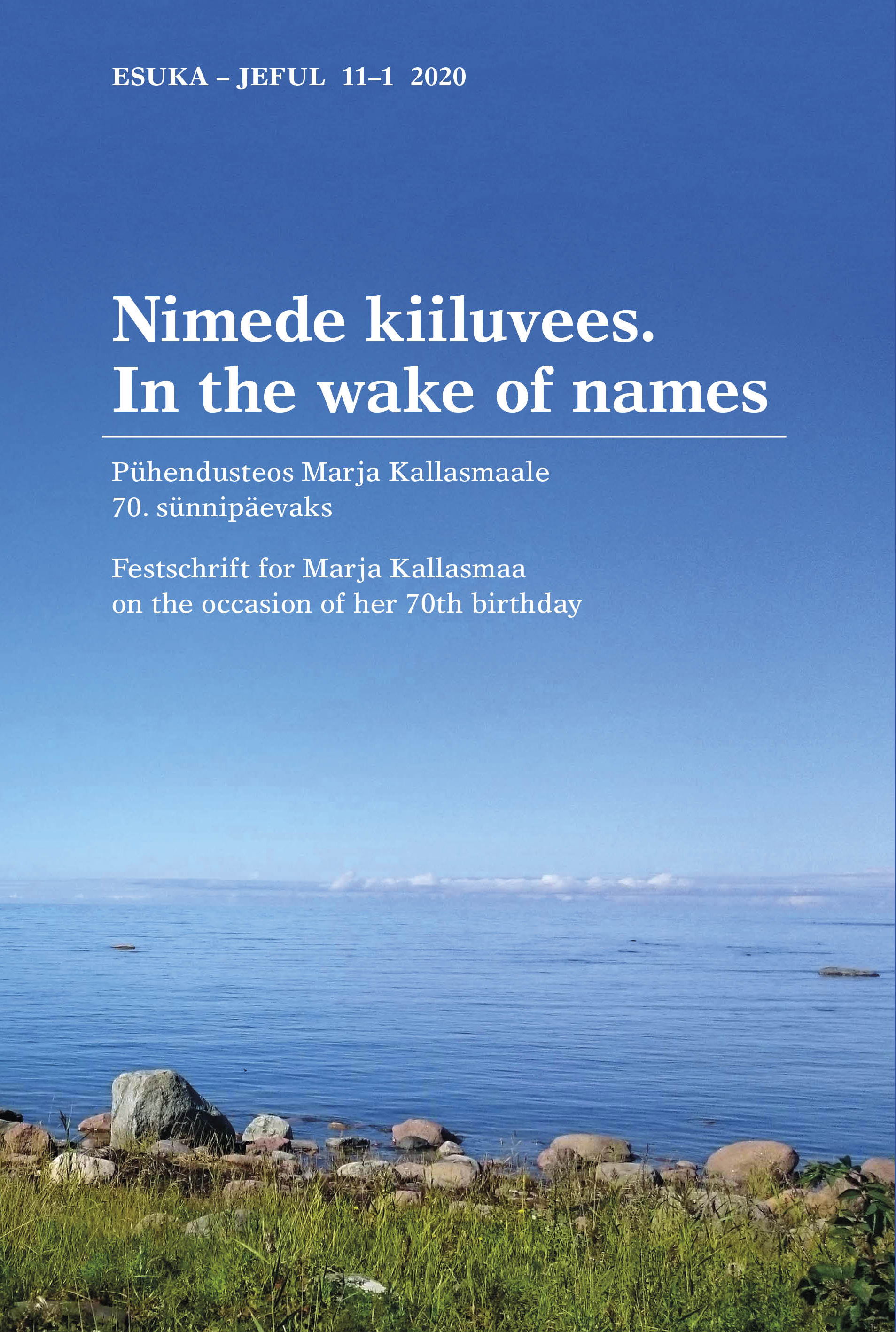