Trajectory: A model of the sign and of semiosis

This paper examines how far the model of the trajectory as a path that a moving object follows from a source to a goal is an adequate model of the sign and of semiotic processes. Just like intentions, meanings, and messages, also signs have sources and goals. A study of the terms by which the Ancient Greeks referred to signs (sêma, semeîon, and tekmérion) reveals that the idea of goal-directedness is inherent in several respects in this early semiotic vocabulary. The paper studies Charles S. Peirce’s model of the sign as a trajectory by which Peirce describes the “agency of the sign”. Peirce’s semiotic trajectories are without beginnings and ends. Guided by final causality towards a semiotic goal, the sign can reach its goal only by asymptotic approximation. The final section of the paper presents brief notes on the trajectories characteristic of sign processes in semiotic models outlined by Algirdas Greimas and Juri Lotman. Greimas distinguishes a plurality of semiotic trajectories, such as the generative, the thematic, and the figurative one, but the prototype of all trajectories is the narrative one. Bifurcations resulting from conflicting tensions interrupt the unilinearity of the goal-directed trajectories. Besides disjunctions, the model foresees conjunctions in which trajectories merge. The dynamic forces that propel the agents (subjects and objects, agents and patients, senders and receivers, heroes and villains) along such trajectories are polar tensions and conflicts as well as phases of desire and fulfilment. Lotman proposes a dynamic model of human culture as a semiotic space where sign pro - cesses occur like “rushing torrents” or even take the form of “explosions”, suggesting trajectories whose characteristics are nonlinearity, bifurcation, sudden interruption, and unpredictable reorientation. Concomitant with such trajectories are the bidirectional trajectories that describe the dynamic relations between the centre and the periphery of a cultural semiosphere. 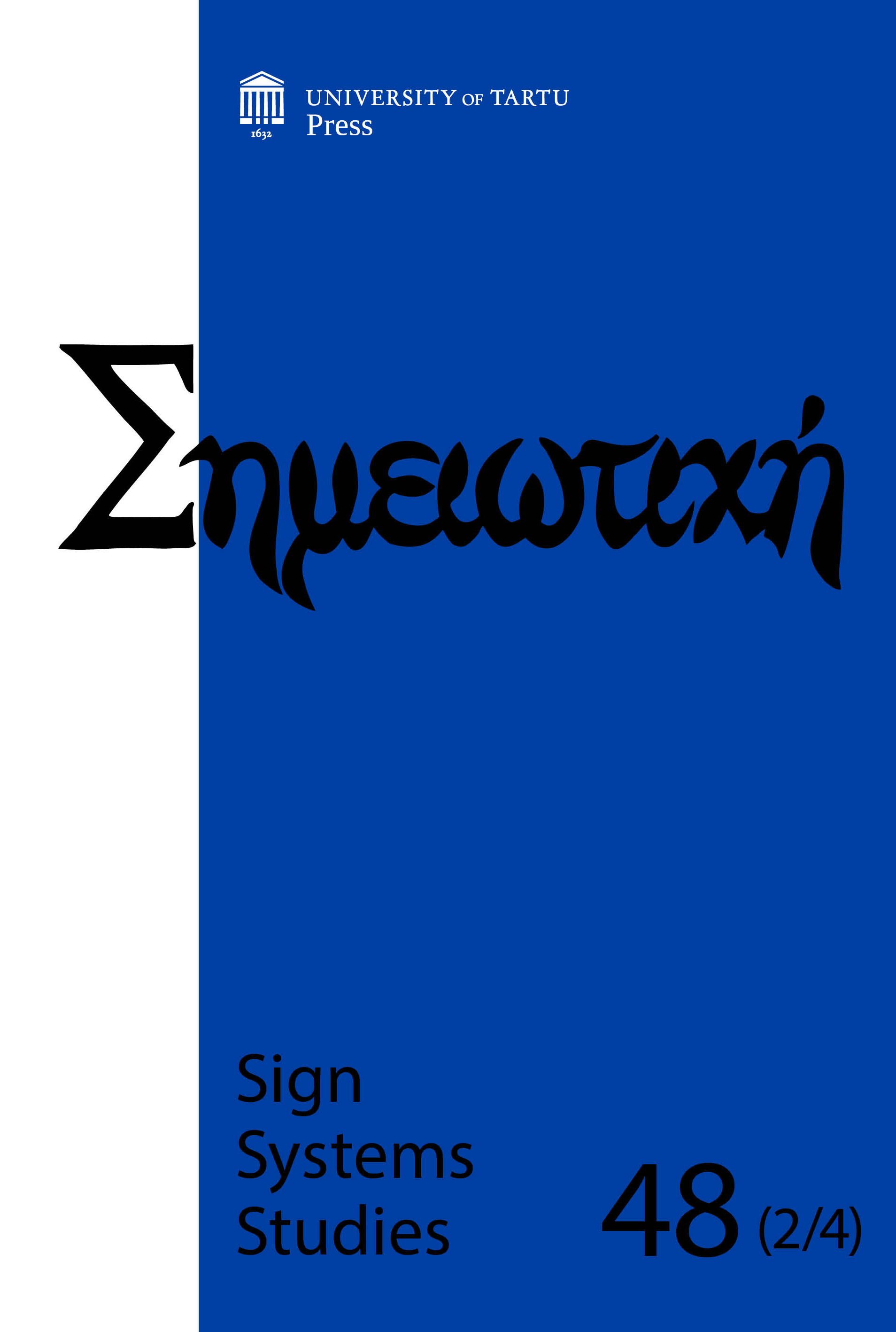