The status of peasantry in Estland and Livland at the end of the Swedish reign Enn Küng: In May 2013, a seminar on the topic “Serfdom or freedom: changes in the status of peasantry in the end of the Swedish reign” was held at the University of Tartu. It was instigated by a debate in the Estonian historical discourse during the last two decades on the status of the post-reduction crown peasantry in Estland and Livland. The debate started in 1996 when Aleksander Loit gave a paper titled “On the abolishment of serfdom in Estonia during the Swedish reign”. There he presented a novel idea that King Charles XI of Sweden not only wanted to improve the situation of peasants in the Baltic provinces, but actually abolished serfdom in the manors nationalized during the reduction – in Livland in 1681 and in Estland in 1687. Several – but not all – historians agreed with Loit. In order to discuss this important issue more thoroughly a new debate was organized, the results of which are presented here. Aleksander Loit: By the beginning of the seventeenth century, the former crown property in Estland and Livland was almost entirely enfeoffed to the nobility. The situation was reversed with the reduction when all the enfeoffments by Swedish authorities were renationalized and the majority of the arable land was taken back by the crown. Apart from the fact that the state revenues from Estland and Livland multiplied, the reduction brought along changes in the existing social order, such as the liquidation of the feudal system and the abolishment of serfdom. Peasants of the crown manors became the subjects of the king and had to be treated similarly to other peasants in the Swedish realm. Political power and the position of the nobility weakened both in relation to the monarchical power and the subordinated peasants. In crown manors, the feudal system was replaced by the lease holding system, whereby the leaseholders were not permitted to join the local knighthoods. Kalle Kroon: Nationalization of the crown manors in Estland and Livland at the end of the seventeenth century was accompanied by the abolishment of serfdom of the crown peasantry. Although the owners of farmsteads had to stay put, their sons were given the freedom to choose a profession, either by joining the army or by acquiring education for the position of a schoolmaster. The end to the attachment to land for the new generation and the freedom to decide over their own labor testify to the absence of serfdom, which is characteristic of the process of the abolishment of serfdom in Early Modern Europe at the end of the seventeenth and the beginning of the eighteenth century. Aivar Põldvee: A more definite answer to the question of the abolishment of serfdom probably would be available if the Great Northern War had ended with Sweden’s victory. Now one can only talk about the preliminary goals and the processes which were not accomplished. I focus on two issues, which can be taken as a model. First, the treatment of complaints by the peasants of Swedish origin who lived in Estonia by both the relevant commission and the council of the realm in 1684–85. The Swedish state viewed the legal status of the Swedish peasants in Estonia as some sort of an example to be applied to other peasants in Estland and Livland. However, the top officials in Sweden did not have a clear understanding what their status actually was. Only after a lengthy dispute, the council reached a conclusion in 1685, according to which these peasants were as free as the nobility’s peasants (frälsebönder) in Sweden. In reality, the resolution did not protect the Swedish peasants in Estonia from the encroachment of their rights by manor leaseholders. Secondly, there is a resolution from 1687 which demanded that the sons of peasants not be hindered in pursuing education (bokliga konster) or joining the army. In connection with the establishment of the peasant schools, both pupils and peasant schoolmasters achieved freedom of movement. There were schoolmasters who started to work far from their homes, even in another province. There were cases, however, when the leaseholders of crown estates demanded the return of schoolmasters as their former serfs. On the whole, the freedom of movement of schoolmasters testifies to the mitigation of serfdom. Marten Seppel: What changed in the status of the peasantry in Estland and Livland at the end of the seventeenth century? The source material allows us to conclude that King Charles XI’s demands to improve the status of the crown peasantry in Livland and Estland brought about three major changes in their condition: the judicial authority of the leaseholders of the crown estates was considerably restricted, the peasants’ right to complain to the authorities was guaranteed, and the crown peasants were not to be sold. In other aspects, the status of the crown peasants changed little, although they could hope for protection from the provincial authorities against their leaseholders. The peasants’ property and trading rights remained in principle the same as in the private estates; they had no right to leave their manor by their own will; they could not own guns or other weapons; their obligations of customary dues and statute labor was fixed and not substantially changed. The authorities’ attitude toward the crown peasants can be characterized by the fact that similarly to serfs in private estates, they could be ‘transported’ from one crown manor to another whenever this was considered economically worthwhile. 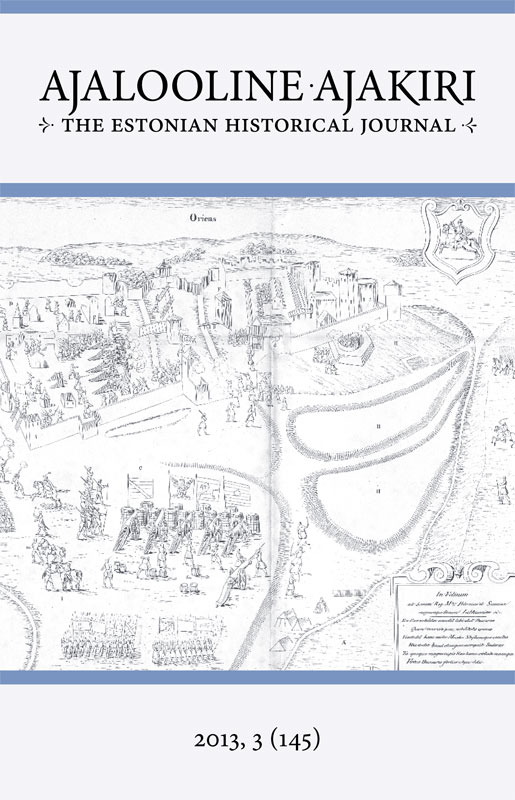