Abstract: On rumours described in Communist Party and state security organ reports in Soviet Estonia in 1944–1953

The Soviet Union was characterised by total control over the expressions of opinion of its citizens. For this reason, public opinion was to a great extent expressed as rumours. The Soviet regime, in turn, treated rumours as anti-Soviet phenomena, on the one hand, because they contradicted official propaganda, and on the other hand because they also very directly hindered the implementation of Sovietisation and the ability of agitators to explain the advantages of the new regime. Thus rumours had to be combatted.

This article does not examine rumours in Soviet society as a broader, separate phenomenon, rather it analyses how they were reflected in the period after the Second World War in state security organ and Communist Party reports, and how the effects and extent of the rumours of that time can be assessed.

The reports of Communist Party organisers at the rural municipality level are used first and foremost in this article. These organisers were in close personal contact with rumours or heard them from their confidants. The state security organs used their network of secret agents to monitor people’s attitudes (including gathering rumours). Reports from local departments to the ESSR People’s Commissariat (Ministry as of 1946) for State Security, and reports from the latter to Moscow have also been used for this article. The attitude reports did not deal separately with gathering and analysing rumours, but rumours were presented together with other negative manifestations.

The article focuses on four different categories of rumours for the purpose of illustration, assessing their effect primarily through the viewpoint of the Soviet regime. The first category comprises rumours that accompanied Soviet economic reforms. The article highlights the monetary reform of 1947 how alongside a short-lived period of panic buying, this reform also led to deepening mistrust of the entire Soviet economic model, including the longevity of the new rouble currency. The second category comprises rumours based on fear, in other words, rumours of an impending mass deportation that gripped people with fear for years. In direct connection with this, the Eighth Plenum of the Estonian Communist Party Central Committee in 1950, which was the culmination of the campaign to expose bourgeois nationalists, is also presented as an example. Rumours emanating from the Plenum made the concept of the ‘enemy of the people’ even more abstract and obscure. This all ultimately started hindering Sovietisation more broadly, because people awaited another deportation for years with their suitcases packed. The third category is that of rumours associated with hope, in other words, the persistent rumours of the imminent outbreak of war and Estonia’s liberation in connection with that war. The hope that the Soviet regime would prove to be a ‘temporary disruption’ was particularly negative in the eyes of the authorities. The disruptive effect of such rumours on the implementation of collectivisation was highlighted in the reports. The fourth category of rumours was somewhat exceptional, namely rumours directly fabricated by the state, with an aim to firmly establish the image of the enemy. The anti-Semitic campaign of 1953 is presented as an illustration of this category. The final example is an extraordinary event that lays claim to universality, in other words, the death of Jossif Stalin in 1953. It marked the end of an era and it remained unsurpassed in the Soviet Union in terms of the variety of rumours connected to it.

Summing up what was presented in the attitude reports, regardless of their at times rather ideologised content and their avoidance of giving the prevailing situation a general assessment (which was expressed by the fact that anti-Soviet manifestations were as a rule presented as isolated incidents), these reports are very important sources for comprehending the

fears and expectations of the inhabitants of Soviet Estonia of that time. Different rumours also genuinely illustrate the difficulties that the Soviet regime had to face in carrying out Sovietisation.

A Researcher at the Estonian War Museum - General Laidoner Museum 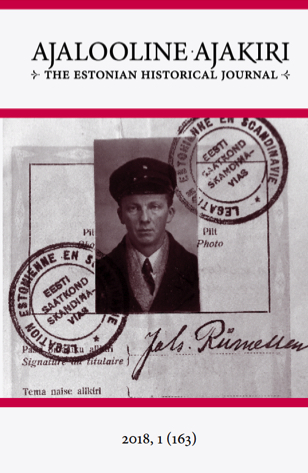