Erakirjad infoallikana Eesti ja Lääne vahel stalinismist sulani (1946–1959) [Abstract: Private letters between Estonia and the West as an information source from Stalinism to the start of the post-Stalin thaw, 1946–1959]

Private letters between Estonia and the West as an information source from Stalinism to the start of the post-Stalin thaw, 1946–1959

After the Second World War, the Iron Curtain isolated Estonia from the rest of the world for a long time, separating many Estonian families from one another. Up to 80,000 Estonians fled from Estonia to the West due to the Second World War. Information on Estonia and the West was distorted by way of propaganda and censorship until the end of the Soviet occupation. The situation was at its most complicated during the Stalinist years, when information and the movement of information were controlled particularly stringently.

The only possible communication channel between Estonia and the West for private individuals during the era of totalitarianism was the exchange of letters, and even this was exceedingly restricted and controlled. The unique correspondence between Kusta Mannermaa (1888–1959) and his nephew Väino Veemees (1919–1987) and a friend named Jaakko Valkonen (1891–1968), who was a schoolteacher in Finland, inspired the writing of this article. Nearly 80 letters from the years 1946–1959 have been examined. The primary aim of this study is to identify how opportunities for relaying information between Estonia and the West were already sought and found during the post-war decades regardless of censorship, and what the important themes were. Thematically speaking, three main themes are focused on: the establishment, disruption and restoration of written contacts between Estonian war refugees and Estonia; Estonian expatriate literature in Kusta Mannermaa’s private letters, and his cultural contacts with the Estophile Finnish schoolteacher Jaakko Valkonen in 1946–1959.

During the post-war years, expatriate newspapers, including especially the Eesti Teataja [Estonian Gazette] in Sweden (starting from 1944) and the Eesti Rada [Estonian Path] in Germany (starting from 1945), obtained information on the Estonian homeland primarily from newspapers in Soviet Estonia (Rahva Hääl [the People’s Voice], Sirp ja Vasar [the Sickle and Hammer], and others) and from radio broadcasts, in isolated cases also from released German prisoners of war and Estonians who had escaped from Estonia, and very rarely from private letters. Unlike previously held viewpoints, it can be assumed that contacts between Estonians in the Estonian homeland and expatriate Estonians were already altogether closer starting in the latter half of the 1940s. Kusta Mannermaa’s correspondence helps to bring more clarity to this question. First of all at the end of 1945, he revived his correspondence with the Estophile Finnish schoolteacher Jaakko Valkonen. Contacts between Finnish and Estonian private individuals had been prohibited since the summer of 1940 in connection with the annexation of Estonia by the Soviet Union. The occupying German authorities permitted the exchange of letters for only a short period of time in the spring of 1942. When communication by way of letters was allowed between Estonians in the Estonian homeland and expatriate Estonians in connection with the repatriation policy, Väino Veemees also wrote from Bonn to his relatives in Estonia. Namely, the greater portion of Estonians who had reached the West from Estonia (up to 40,000) were located in the occupation zones administered by the Western Allies in Germany after the war. More than 30,000 of them were living in the so-called displaced persons (DP) camps that had been established by the Allied military authorities or the United Nations Relief and Rehabilitation Administration (UNRRA).

The postal system had ceased to operate in Germany at the end of the war until the American military administration allowed country-wide postal deliveries to resume there at the end of October, 1945.

Prior to the mass deportation of 1949, the sending of letters from the Estonian homeland to the West was banned, and correspondence between Estonians in the Estonian homeland and expatriate Estonians was cut off. Letters from Finland reached Estonia at least until the end of 1949. Contact between Estonians living on either side of the Iron Curtain was interrupted for a lengthy period of time. According to numerous sources, correspondence already started being revived in 1954–1955. The turning point came after the 20th CPSU Congress in 1956, when Stalin’s personality cult was denounced.

Correspondence with relatives or kindred spirits living in the West was emotionally necessary on the one hand, but politically dangerous on the other. Yet by using self-censorship, it was nevertheless possible to maintain correspondence even in the Stalinist period by concealing important information written between the lines. Family ties gave strength to the soul at the most difficult time for Estonia during the post-war Stalinist repressions, and later on as well. For this reason, regardless of the obstructions of the Soviet regime, people tried to maintain contact with relatives and friends living in the Estonian homeland and those in the West, and to know about one another’s fate.

The importance of the written word in spiritual and intellectual selfpreservation has to be stressed. On a spiritual level, it is very difficult to live in isolation in the cultural space of Europe without knowing about cultural life in the rest of the world. Yet it was even more important for Estonians who remained in their homeland to know that the fostering of Estonian culture and language was continuing in the free world. Every fragment of information on culture from the free world, especially books, was important for intellectual and spiritual resistance and self-preservation. It was not allowed to send books to or out of Estonia in the latter half of the 1940s. Mainly literature, including Estonian expatriate literature and newer Finnish literature, as well as original Estonian literature and literatuure translated into Estonian published in those years in Soviet Estonia, was discussed in Mannermaa’s correspondence with the West in those years. It turns out from the current study that information on Estonian expatriate literature, for instance, already reached Estonia ten years earlier than has hitherto been believed, by 1947 at the latest. How widely this information was known in cultural circles, however, is another question.

The exchange of books with the West was allowed from the mid-1950s. A number of sources refer to the circumstance that the period from the end of 1955 to 1958 was a better time in the postal connection between Estonia and the West compared to the subsequent years. The authorities had not yet managed to update the censorship regulations in the new liberalised conditions. Together with the revival of correspondence under liberalised conditions, the sending of books also began again for the first time in over ten years starting from the mid-1950s. Thus Mannermaa sent Estonian classics to his relatives abroad starting in 1956, for instance new editions of the works of Juhan Liiv and F. R. Kreutzwald. Jaakko Valkonen sent him Finnish literature, for instance books by Mika Waltari, which were immensely popular at that time. In 1958 at the latest, but most likely already a few years earlier, Estonian expatriate literature also reached Estonian cultural figures in the Estonian homeland. Thereat numerous sources allude to exceptionally more liberal conditions from 1955 to the start of 1958 compared to later times. In some cases, expatriate Estonians who had gained citizenship in foreign countries were even able to use this liberalisation of conditions in those years to achieve the release of their relatives from Estonia to the West.

is Associate Professor at the Institute of History and Archaeology, University of Tartu. 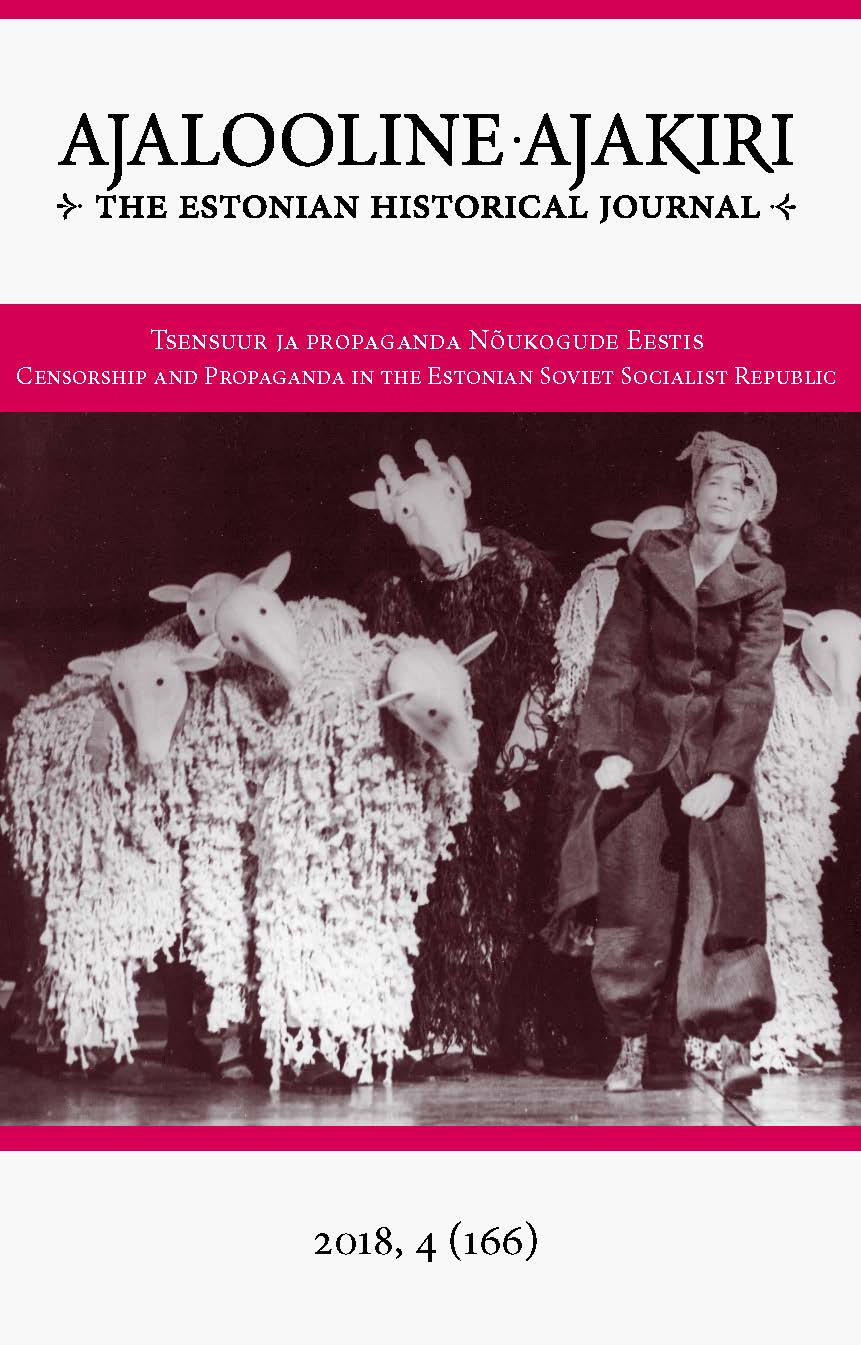