Abstract: The restauration of the Reval suffragan diocese in 1917 and the election of the bishop as an expression of ‘church revolution’ in the Riga diocese

This article focuses on the creation of the Reval suffragan diocese in 1917 and the election of Pavel Kulbusch as the first bishop of Estonian descent. The article reconstructs the course of historical events on the basis of documents from the Russian State Historical Archive and provides a framework for understanding the events via the concept of ‘church revolution’ proposed by the historian Pavel Rogoznyi. The case of the Reval suffragan diocese complements the argument of Rogoznyi and suggests that processes in the Russian borderlands also contributed to the ‘church revolution’. While demands for Estonian and Latvian suffragan bishops had already been put forward by Governor Shakhovskoi in the 1890s and by the Riga diocesan council in 1905, it was only in 1917 that some of these projects were given institutional form. The Orthodox assembly of the Riga diocese in August of 1917 in Tartu elected the parish priest Pavel Kulbusch from St Petersburg as bishop of Reval. The process of consecrating the new bishop took several months due to the church hierarchy’s resistance to his candidature, primarily due to his ethnic origin. The documents published in this issue suggest that the institutions formed during 1917, including the diocese council (soviet) and the representative assemblies of the diocese, and the activity of nationalist Orthodox priests (such as Antoni Laar, who mobilised the Orthodox parishes in support of the bishop) rendered the formation of Reval diocese successful compared to several similar initiatives in other dioceses. The article argues that the institutions and practices formed during 1917 and the martyrdom of Bishop Platon in 1919 paved the way for the separation of the Estonian Church from the Moscow patriarchate in 1923.

The translated and published documents accompanying the article are kept in the Russian State Historical Archive (in St Petersburg) and include the decrees of the Most Holy Synod; decisions made by the delegates of the congress of the ecclesiastical and secular representatives of the Riga diocese and the Temporary Council of the Riga Diocese; and individual and collective petitions in regards to restoring the suffragan diocese in Tallinn.

Irina Pärt is a Senior Research Fellow in Church History at the School of Theology and Religious Studies, University of Tartu. 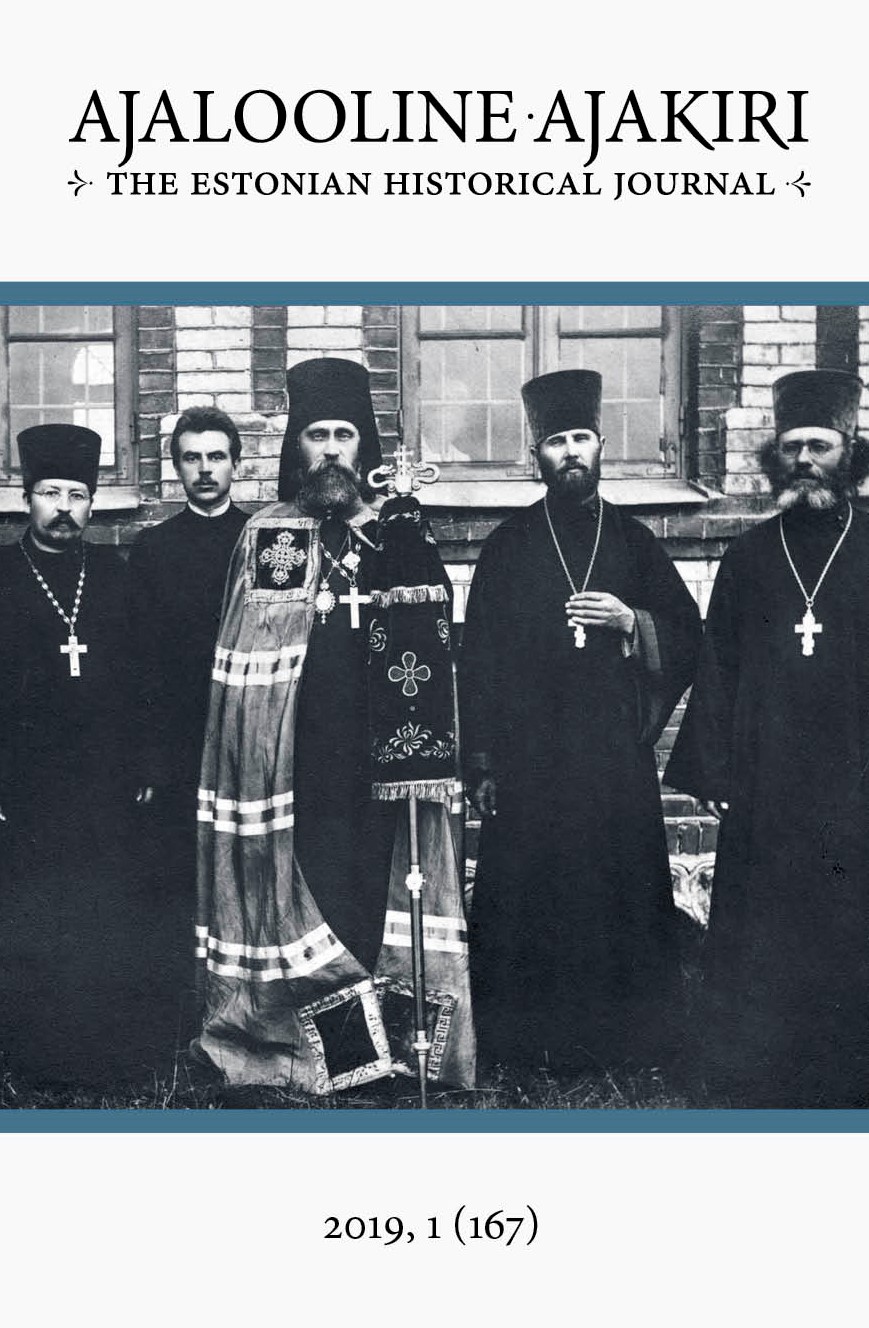