Abstract: Tartu State University in the sphere of interest of the state security organs in 1950

After the re-occupation of Estonia in 1944, the Soviets launched an extensive and diverse process of Sovietisation for building a new society. An important instrument in this campaign was the struggle that had been unleashed against so-called bourgeois nationalism. This ‘struggle’ culminated with the notorious 8th Plenum of the Central Committee of the Estonian Communist (Bolshevik) Party that was held in March of 1950, where the former Communist Party leader of the Estonian SSR Nikolai Karotamm was removed from his post and the campaign for purging ‘anti- Soviet elements’ from various spheres of life, which had already began in the first year of Soviet occupation, was given even more of a free hand.

In the eyes of the regime, the Tartu State University of that time was also an important ‘nest of bourgeois nationalism’, for which reason it is not surprising that the state security organs demonstrated greater than usual interest in that institution. At the end of the 1940s, the 5th Section of the Tartu Department of the Estonian SSR Ministry of State Security scrutinised the university with the personal participation of the section head and a state security senior operative officer.49 The thorough ‘mapping’ of the university’s staff was carried out by the state security organs in the early spring of 1950. As a result of this, several lengthy reports were completed that provide an overview of the university’s network of agents and the ‘littering’ of the university ‘with anti-Soviet elements’. Yet these reports contain other interesting information. Valentin Moskalenko, who had only just been appointed Minister of State Security of the Estonian SSR at the start of 1950, reported to Moscow on the prevailing situation at the university in June of 1950.50 Yet it was not until September of that year that he notified the leadership of the Estonian SSR headed by Johannes (Ivan) Käbin, who ascended to power in March of 1950.51 It is noteworthy that statistical data on the network of agents operating at the university was also added to the end of the report sent to Moscow, but Käbin was not informed of that.

V. Moskalenko’s report that was sent to Moscow is published below along with essential commentaries. Jaan Isotamm (1939–2014) translated and commented on this document within the framework of a long-past research project of the compiler of this publication. The compiler of this publication has also previously published a separate article that draws on the above-mentioned reports.

Tõnu Tannberg is a Professor of Estonian History at the University of Tartu, Institute of History of Archaeology. 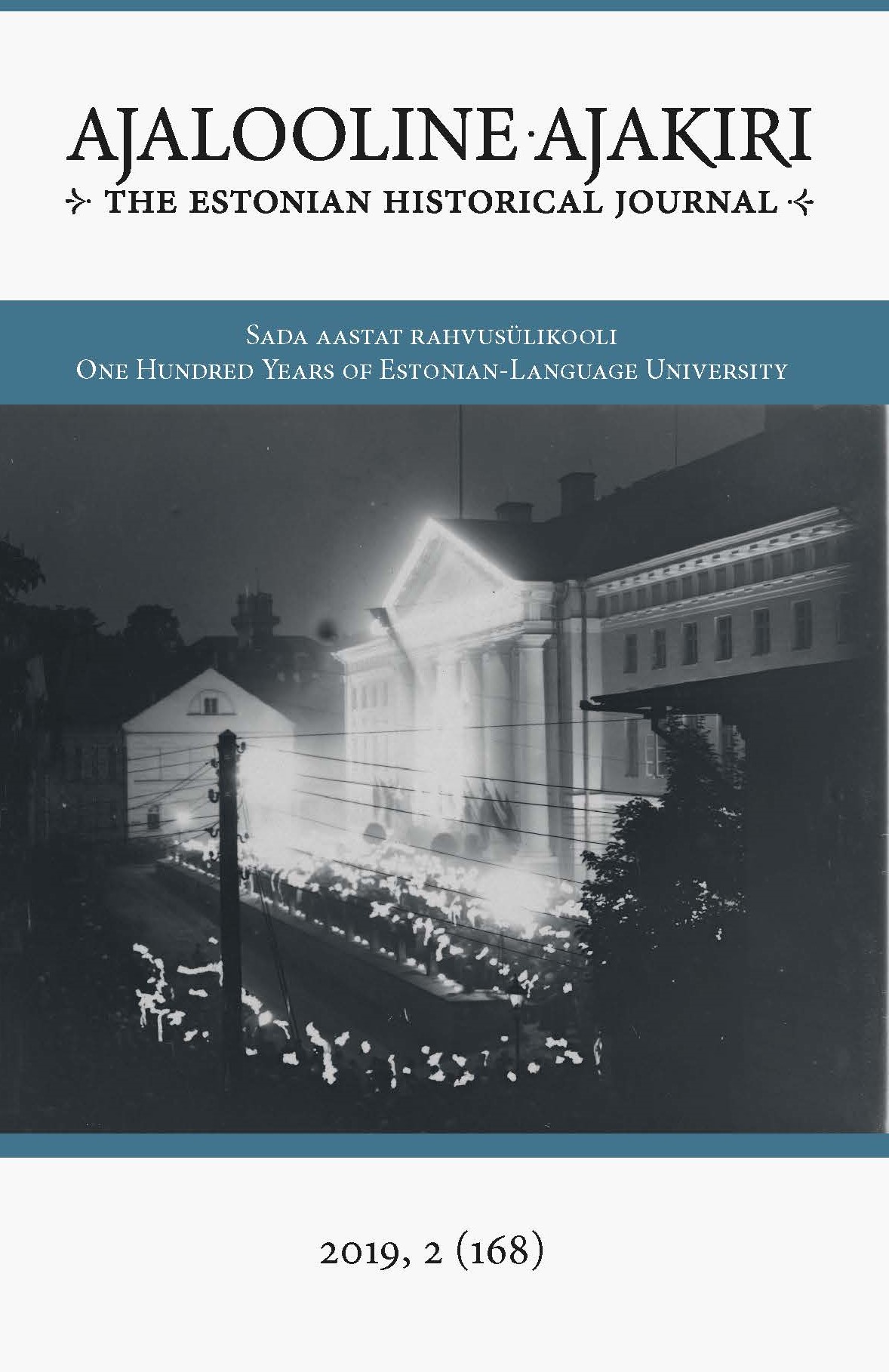