Many of the new states that emerged or reconstituted themselves after the First World War used declarations of independence or preliminary constitutions, or both, as organic law until the adoption of a permanent constitution. The majority of those documents did not address the civil and political rights of citizens (e.g. Germany, Ireland) or did so very briefly (e.g. Austria, Czechoslovakia, Georgia, Latvia). Estonia stood out by having a whole chapter dedicated to civil rights in its preliminary constitution.

The Preliminary Constitution of Estonia (valitsemise ajutine kord) was adopted by the Constituent Assembly (Asutav Kogu) on 4 June 1919, only six weeks after the Assembly first convened on 23 April 1919. The Constituent Assembly was elected and worked on the Preliminary Constitution at the time of the War of Independence between Estonia and Soviet Russia. Strong left-wing sentiment in the country’s society was reflected in the composition of the Assembly: social democrats held 41 seats, the Labour Party (tööerakond) held 30 seats, and Socialist-Revolutionaries (esseerid) held seven seats, together accounting for 65 per cent of the total 120 seats. The centrist People’s Party (rahvaerakond) led by the journalist and renowned politician Jaan Tõnisson had 25 seats, the centre-right Rural League (maaliit) led by another prominent politician and lawyer Konstantin Päts had only seven seats, the Christian People’s Party had five seats, three seats belonged to representatives of the German minority, and one seat went to the Russian minority. Similar proportions were reflected in the 15-member Constitution Committee that was elected on 24 April 1919.

The first draft of the Preliminary Constitution, and of the Civil Rights Chapter as part of it, was allegedly prepared by a young legal scholar named Jüri Uluots. Uluots was a member of the Special Committee that was already convened by the Provisional Government in March of 1919 before the election of the Constituent Assembly. The Special Committee was composed of eight lawyers, each of whom was appointed by one of the major political parties. It was assigned the task to provide first drafts of the provisional and permanent constitutions. The Committee fulfilled only the first task. Due to disagreements in the Special Committee, the draft Preliminary Constitution was submitted to the Assembly without the Civil Rights Chapter.

Four out of eight sections in the Uluots draft found their way into the Chapter. These included equality before the law, civil and political rights and freedoms, and extraordinary restrictions. Sections regarding the right to participate in politics and the duty to obey the law (including military duty and the duty to pay taxes) were rejected at the plenary session, and the section regarding the right to private property was already omitted by the Committee. Also, the Committee preferred the social security provision proposed by the leader of the Socialist-Revolutionary Party, the schoolmaster Hans Kruus, to the one included in the Uluots draft. The Committee added a new provision concerning education and rejected the right to choose occupations and engage in business proposed by a People’s Party member, the military officer Karl Einbund, and a provision entitling citizens to bring criminal charges against corrupt officials proposed by the social democrat, lawyer and journalist Johan Jans.

The first section of the Uluots draft declared all citizens equal before the law. Disputes arouse over the second sentence of the provision. Uluots had proposed that all property and other rights relating to social ranks (the privileges of the nobility) should be abolished. The social democrats (Jans, the writer Karl Ast and others) demanded that privileges and titles should be abolished immediately. Their more moderate opponents (Uluots, Tõnisson, Westholm and others) feared that this would create a legal vacuum in property, inheritance and matrimonial rights. The majority of the Assembly supported the more radical approach and declared that there are no privileges and titles relating to ranks in Estonia. The law implementing the abolition was adopted a year later, in June of 1920.

The school headmaster Jakob Westholm, a member of the People’s Party, and Villem Ernits, a social democrat, proposed that the Committee should include a provision concerning education. Their original proposal was scaled back by omitting the duration of mandatory elementary education and by deleting the right to free secondary and university education for talented students. The Preliminary Constitution eventually stipulated (§ 5) that education is compulsory for school age children and is free in elementary schools, and that every citizen is entitled to education in his/her mother tongue. The Committee combined civil and political rights, which were originally in two separate provisions in the Uluots draft, into one section (§ 6) stipulating that the inviolability of the person and home, secrecy of correspondence, freedom of conscience, religion, expression, language, press, assembly, association, and movement can only be restricted in accordance with the law. There were no disputes over the provision in the Committee or at the plenary session.

The Committee preferred the proposal made by Kruus as the basis for further discussions on social security: “Every citizen will be guaranteed a decent standard of living according to which every citizen will have the right to receive the goods and support necessary for the satisfaction of his/her basic needs before less urgent needs of other citizens are satisfied. For that purpose, citizens must be guaranteed the obtaining of employment, the protection of motherhood and work safety, and necessary state support in the case of youth, old age, work disability and accidents.” While the last part of Kruus’ proposal was similar to Uluots’ draft and the term “decent standard of living” resembled the German menschenwürdiges Dasein (later adopted in Article 151 of the Weimar Constitution), the origin of the middle part of the provision remains unclear. The social security provision was by far the most extensively debated provision of the Chapter. The main issue was the state’s ability to fulfil its promises and whether social security should take the form of direct allowances or mandatory insurance.Views diverged even within the same parliamentary groups. The Committee replaced “will be guaranteed” with the less imperative “must be guaranteed in accordance with the law”. As a compromise, it deleted the middle part guaranteeing satisfaction of basic needs since it was deemed ‘too communist’ for many members. The plenary session supported adding the right to acquire land for cultivation and dwelling in the second sentence of the provision (§ 7) just before the adoption of the Bill.

The last section in the Chapter (§ 8) provided that extraordinary restrictions of the rights and freedoms of citizens and the imposition of burdens come into force in the event of the proclamation of a state of emergency on the basis and within the limits of the corresponding laws. In the course of the discussions led by the lawyer and member of the Labour Party, Lui Olesk, the Committee turned the original general limitations clause into an emergency powers clause resembling similar provisions in the Russian Constitution of 1906 (Article 83) and the Austrian Basic Law on the General Rights of Nationals of 1867 (Article 20).

Uluots urged the Committee to include protection of private property in the Bill as a safeguard against tyranny. The provision caused long and heated debates on the limits to nationalisation of private property, especially the principle of fair compensation. The provision was rejected by the majority of both the Committee and the plenary session. In anticipation of land reform, the deputies did not want to narrow down legal options for the expropriation of large estates owned mostly by the German nobility. After their defeat on the protection of private property, the right-wing members wished to protect freedom to choose an occupation and engage in business, trade, industry and agriculture. The majority refused again, arguing that during the war, there had been too much profiteering, and speculators do not deserve protection, and also that the government should have free hands to regulate industry.

Without any long deliberations, the Committee also rejected the proposal to allow citizens to sue civil servants in criminal courts. Jans defended his proposal by pointing out the high level of corruption among officials and the need to provide the people with a means for self-defence. His opponents argued that Estonia had already set up administrative courts in February of 1919, providing citizens with an avenue for challenging the corrupt practices of officials.

Committee and Assembly members also discussed the legal nature of the fundamental rights and freedoms included in the Bill. Some social democrats deemed it important to craft the provisions as guarantees that citizens can enforce against the state (Jans), but the majority deemed the provisions as political guidance for the legislator. Supporters of the latter view were afraid that direct enforceability of the Civil Rights Chapter would saddle the government with an unsurmountable economic burden. The state’s only directly binding obligation was probably the right to free elementary education.

Hannes Vallikivi is a practicing lawyer and PhD student at the School of Law of the University of Tartu. 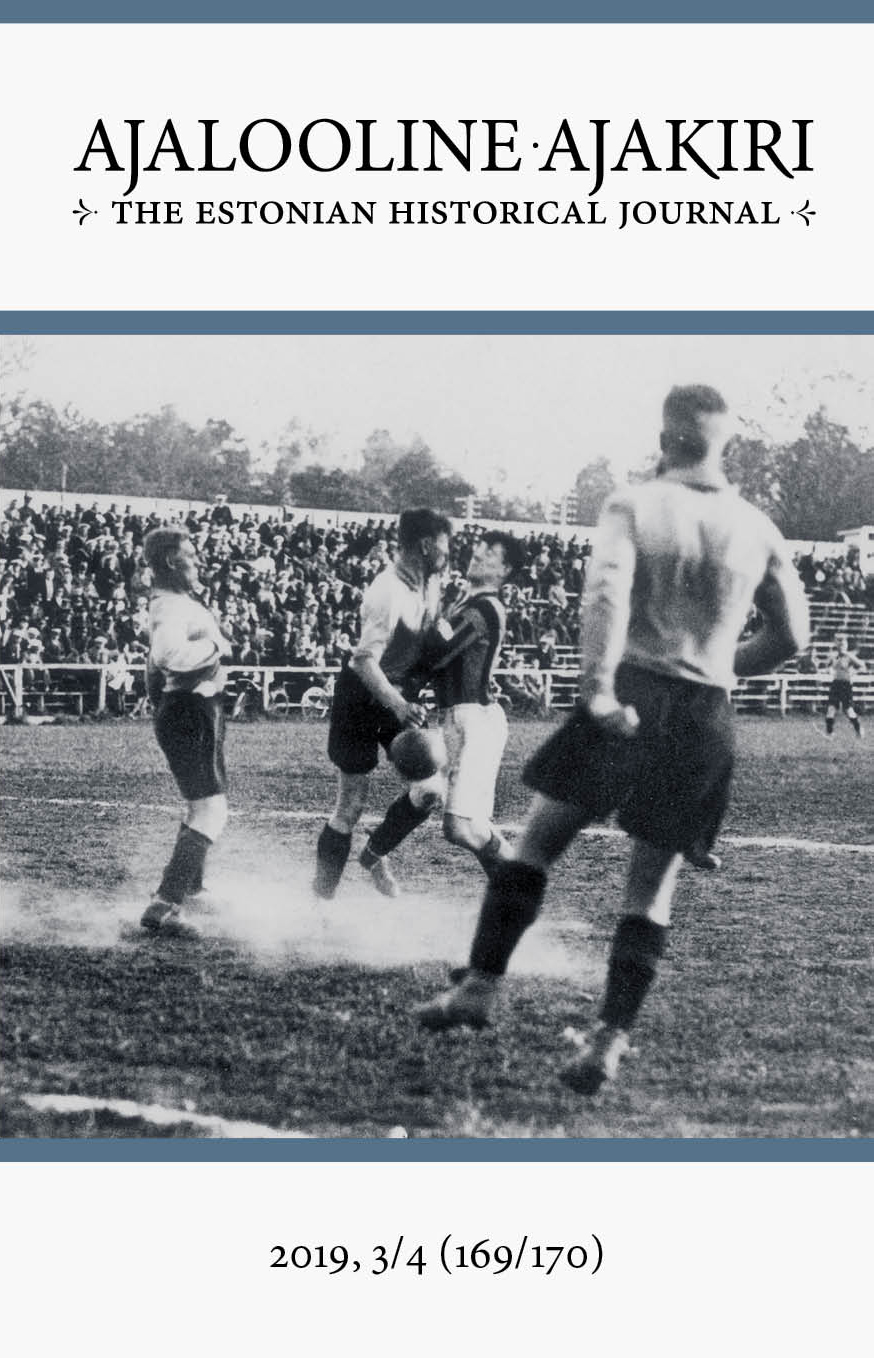