The introduction of these materials into circulation has been hindered so far for various reasons. During the Soviet era, objective analysis of the topic was impossible for ideological reasons. A discussion of the events of the Civil War took place in the Bolshevik Estonian press published in Russia in the 1930s, but it was conducted in the context of class struggle and distorted the facts. Forty years later, the historian Lembit Võime analysed the events of the Civil War in Caucasian Estonian settlements: first in an article published in 1973, and later in a monograph on Estonians in Abkhazia published in 1980. Like the authors of the 1930s, Võime emphasised that Estonian settlers fought for Soviet rule on the Black Sea coast in 1918– 20. The author adhered to the Soviet-era tradition of describing almost all anti-Denikin movements in the Caucasus as revolutionary. Actually, most of the Estonian settlers of that time wanted to protect their homes and did not want to join the Russian Whites or Reds. There is no reason to interpreet the so-called green movement on the Black Sea coast that many Estonians joined as pro-Soviet.

In 1974, an overview of the events of that time was published by the exiled Estonian authors Harald Kikas and Jüri Remmelgas, which used Võime’s article from 1973 as a source. For political reasons, Estonians in exile could not use the materials in the Estonian archives. Hence, there is no study to date that uses all available material on the events of the Civil War in Estonian settlements in the Caucasus.

A number of Estonian settlements were formed in Abkhazia in the 1880s. During the Civil War from 1918 to 1921, Estonians came into contact with various military forces: Georgian Mensheviks, Russian Bolsheviks, the Volunteer Army of General Denikin, and Abkhaz national forces in cooperation with Abkhaz diaspora fighters. When the Germans, who supported the Georgian Mensheviks, withdrew from the war, a British military mission took their place and sought to mobilise anti-Bolshevik forces for cooperation, but without much success. The villages of Estonia (the village of that name in the Caucasus), Upper and Lower Linda near Sukhumi were located in territory that was controlled by the Georgian occupation forces for practically the whole period of the Civil War, from the first half of 1918 until March of 1921, when the Red Army occupied the area. Despite constant war requisitions, this period passed relatively quietly for these villages. But the situation was quite different in the villages of Salme and Sulevi in northern Abkhazia, which changed hands several times between 1918 and 1921: first the Bolsheviks, then the Georgian Mensheviks and the Voluntary Army, then the Green Army and finally the Red Army. Several battles in and around the villages of Salme and Sulevi, punitive actions carried out by the Whites, and raids conducted by marauding band of local Armenians who cooperated with the Russian Whites forced Estonians to flee from their villages, to shelter in other Estonian villages around Sukhum, and sometimes to seize weapons and seek cooperation with armed units formed by other inhabitants of the region. The neutraal zone that was established at the request of the British military mission was unable to secure peace in the region.

In these difficult circumstances, the proclamation of the Republic of Estonia on 24 February 1918 had an important meaning for local Estonians. A new dimension had emerged, and Estonia had been transformed from the cultural motherland into a political guarantee for local Estonians. Estonian committees and councils were established in many parts of the territory of the former Czarist state to issue Estonian passports to save Estonians from the Civil War between the Reds, Whites, and others. This was also the case in the southern Caucasus. Starting in December of 1918, the Tiflis Estonian People’s Council issued Estonian passports – although there was no official mandate for it, such documents also helped to exempt local Estonians from Georgia’s mobilisations. Officially, the Estonian consul operated in Tiflis starting in July of 1920. A consular office was also opened later in Sukhum. However, for various reasons, there was no massive migration of Estonian passport holders to Estonia. In March of 1921, the Red Army conquered Abkhazia and Georgia, but in August of that same year, almost 400 persons who had acquired Estonian citizenship still lived in Abkhazia. For various reasons, despite Bolshevik rule, the majority of both these and other Abkhazian Estonian settlers decided to stay in Abkhazia. At that time, they could not yet foresee the repressions that later hit the settlements.

Aivar Jürgenson is Senior Researcher at the Centre for History, Archaeology and Art History, University of Tallinn. 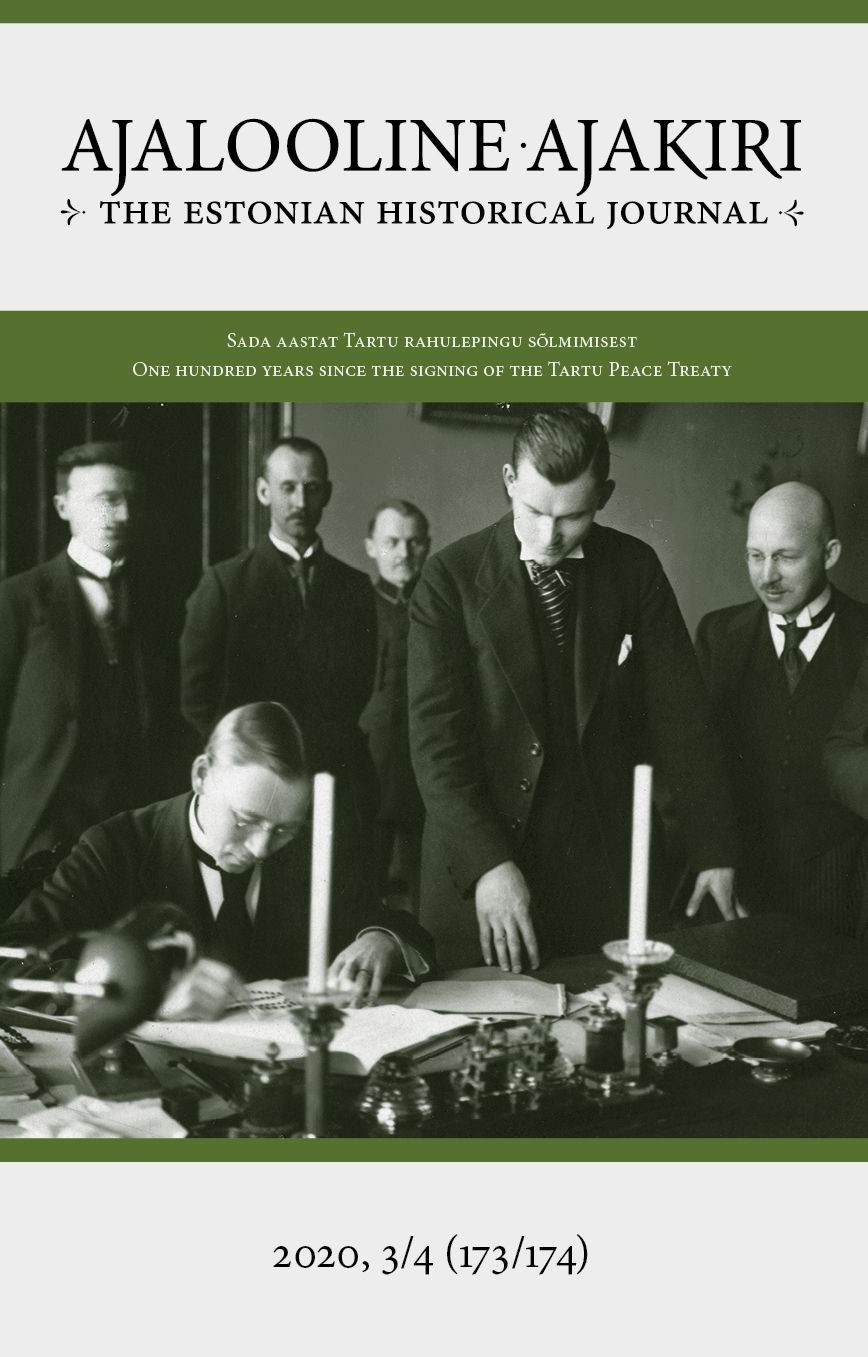