The emergence of diplomatic protocol service within the structure of the Ministry of Foreign Affairs (MFA) of Estonia (1918–40) is a subject that has hitherto not been researched. This is illustrated by the fact that even the complete list of chiefs of protocol (chef du protocole) of the MFA of Estonia has been missing until now. The strengthening of Estonia’s statehood by its international recognition, the accreditation of foreign envoys, and the first state visits brought about the need for a thorough understanding of all nuances of diplomatic protocol and ceremonial. Nevertheless, the office of a separate chief of protocol was created in the structure of the MFA of Estonia only according to the new Foreign Service Act, decreed by the Head of State Konstantin Päts on 13 March 1936; i.e. more than 18 years after the declaration of Estonia’s independence. Prior to 1936, the functions of protocol officers were usually fulfilled by the head of the MFA’s administrative or political department. This article focuses on three core issues: 1) who were the chiefs of protocol? 2) their functions and how diplomatic protocol was regulated in the MFA; 3) the reason why a separate office of the chief of protocol was not created earlier than 1936. The key source for this research is the MFA collection in the Estonian National Archives (RA, ERA.957).

There are no clear sources regarding the functions of the chief of protocol before 1922. The field was most probably shaped and shared by several officials, including the head of the political department Hermann Karl Hellat (1872–1953) and William Tomingas (1895–1972), the junior private secretary of Foreign Minister Jaan Tõnisson (1868–1941?). Everything connected to international practices was probably influenced by the most experienced diplomats of the young state, namely the members of Estonia’s foreign delegation, which had already been created in 1917. Another major influence was Foreign Minister Jaan Poska (1866–1920), who as a former mayor of Tallinn, the former governor of the autonomous Governorate of Estonia, and the head of Estonia’s delegation at the peace talks with Soviet Russia, had extensive experience in protocol-related matters.

Hans Johannes (Johan) Ernst Markus (1884–1969) can be deemed the first chief of protocol to be mentioned in the hitherto known sources of the MFA. According to an MFA report to the Estonian government from July of 1922, Markus was the head of the MFA’s Western political department and performed the duties of ‘master of ceremonies’ as well. In January of 1923, Markus was appointed head of the MFA’s administrative department. He remained in this office until April of 1927, coordinating the state visits of the President of Latvia Jānis Čakste (February of 1924), the Secretary General of the League of Nations Eric Drummond (February of 1924), and the President of Finland Lauri Kristian Relander (May of 1925), as well as the state visits of Estonia’s Head of State, the presentation of credentials, and day-to-day work regarding diplomatic privileges and immunities. Since the chief of protocol was responsible for organising ceremonies connected to the Head of State (Riigivanem), Markus could be considered not only as a coordinator of the MFA’s protocol matters, but as the chief of state protocol. Markus certainly did not work alone. He could rely on the administrative department and basically the whole MFA in fulfilling his functions, while also counting on the support of the aide-de-camp to the Head of State. Nevertheless, it was Markus who laid the ’cornerstone’ for the best practices that could be systematised and used by his successors.

In April of 1927, the functions of the chief of protocol were taken over by Johan Leppik (1894–1965), the former Envoy to Poland and Romania, and Chargé d’Affaires in Czechoslovakia. In August of 1927, Leppik was appointed head of the MFA’s political department. According to the MFA’s working arrangement, Leppik retained the functions of chef du protocole in his new office starting from January of 1928. Since the grand, first-ever state visit of a monarch to Estonia, by King Gustaf V of Sweden in June of 1929, and the visit of the President of Poland Ignacy Mościcki in August of 1930 (which were preceded by the state visits of Estonia’s Head of State to those countries) required extensive preparations, Leppik could rely on the work of his subordinate, the head of the political bureau and deputy chief of protocol Elmar-Johann Kirotar (1899–1985). In June of 1931, Leppik was succeeded by the director of the bureau of law Artur Haman (Tuldava) (1897–1942) in his office as chief of protocol. Haman (Tuldava) put great effort into systematising existing practices related to protocol (incl. Presentation of credentials, and receptions) into a comprehensive compendium, which has been preserved to this day. The efficient work of Kirotar and Tuldava was probably noted by Estonia’s leadership, since once the separaate office of the chief of protocol had been created within the structure of the MFA, the position was filled first by Kirotar (1936–9) and then by Tuldava (1939–40). The quest for stability was most probably connected to the strong presidential power that shaped Estonia’s political life in the latter half of the 1930s. The personal influence of the head of state became more important in filling high-ranking positions in the state structure. According to the Foreign Service Act adopted by Parliament (Riigikogu) on 30 May 1930, departmental directors were appointed by the Foreign Minister. The Foreign Service Act decreed by the Head of State on 13 March 1936 changed this procedure. According to the latter, departmental directors (incl. the chief of protocol) were appointed and dismissed by the Head of State (upon taking into consideration proposals from the Foreign Minister).

There is no clear answer to the question of why there was no separate office of the chief of protocol in the 1920s, since these functions needed to be fulfilled anyway. This was most probably connected to budgetary restrictions i.e. the need to avoid all kinds of ’unnecessary’ expenses.

In the 1930s, the director of the administrative department Jaan Mölder (1880–1942, in office 1935–6) and the head of the consular bureau August Koern (1900–89, in office 1936) also briefly fulfilled the functions of the chief of protocol. The latter was especially involved in systematising the rules and regulations of diplomatic practices. Like his predecessors and successors, he sent numerous inquiries to Estonia’s representations abroad to collect information on matters connected to privileges and immunities, decorations, preseance, organisation of state funerals, etc.

According to sources at the Estonian National Archives, Estonia’s MFA collected information on international diplomatic practice everywhere that it was represented by its missions abroad. Already during the first years of Estonia’s independence, the MFA possessed the popular Guide to Diplomatic Practice by Sir Ernest Mason Satow (first issued in 1917) and several protocol-related compendiums from Finland, the United States of America, Great Britain, etc. It can be concluded that without a rich heritage of diplomatic practice of its own, Estonia was quickly able to successfully adapt to the international environment in matters of diplomatic protocol.

Silver Loit is a PhD student at the Institute of History and Archaeology, University of Tartu and has worked at the Ministry of Foreign Affairs since 2007. 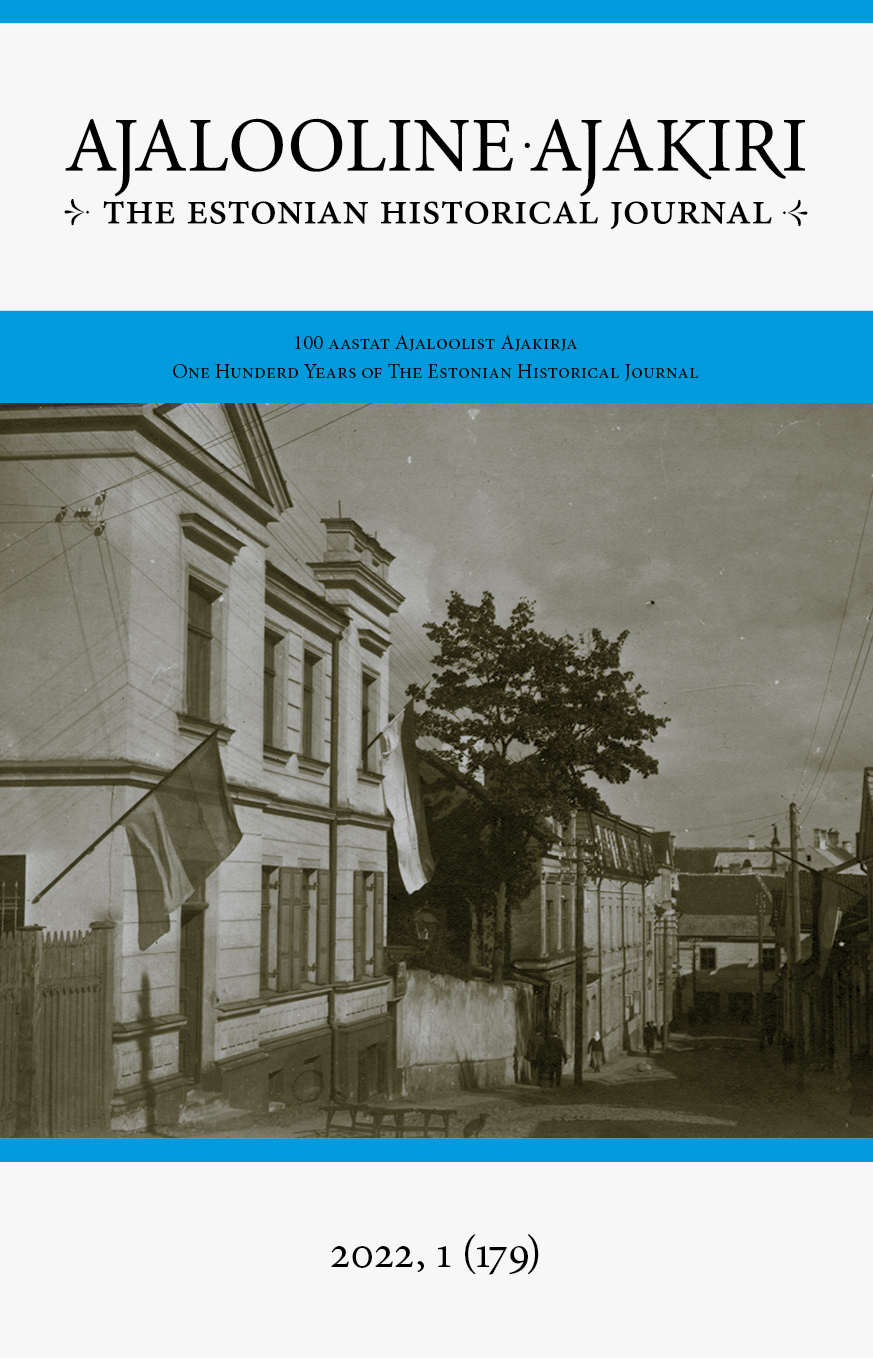