DOI: https://doi.org/10.12697/JI.2019.28.10
Keywords: delict of negligence, violation of the duty of care, foreseeability from an objective perspective, principle of a single offender, non-regression clause, principle of trust

The delict of negligence is defined in terms of violation of the duty of care. While that duty entails displaying the level of care required from anyone and necessary for communication in the relevant society, there is no comprehensive list of the standards pertaining to the duty of care, especially as would be foreseeable from an objective perspective. In addition, a question arises: in which case does the person have to take responsibility in accordance with the delict of negligence for damaging a person’s legal rights stemming from a crime committed by a third party, or rather is this specific person’s duty restricted to his own acts. While the answer may seem at first glance to be provided by the non-regression clause, in line with which a person’s intervention within a chain created by the person who caused the original threat rules out the possibility of accusing the person who caused the original threat, the matter is not so simple: exceptions to the non-regression clause exist, and it is not always applicable. Certain principles are employed in the dogmatics of penal law accordingly, to specify how the duty of care and objective predictability are substantiated and how to handle exceptions to the non-regression clause. One of these rules, which is an outgrowth of the traffic rules, is the principle of trust. Applied not just with regard to traffic but also in situations of division of duties and in relation to general communication between people, this principle has been confirmed in Estonian Supreme Court practice. The article considers two significant questions that arise in connection with the principle of trust: firstly, in what cases is there a reason to trust, and, secondly, where is there a reason to doubt? After addressing the meaning of the principle of trust, the paper examines the effect on liability in scenarios wherein the person who originally caused the threat acts out of negligence yet the threat caused by that person is actualised in the form of an act violating legal rights by another, realised in either delict of negligence or an intentional delict. Finally, the article presents the conclusion that it is important to investigate which element of the structure of delict the principle of trust belongs to. 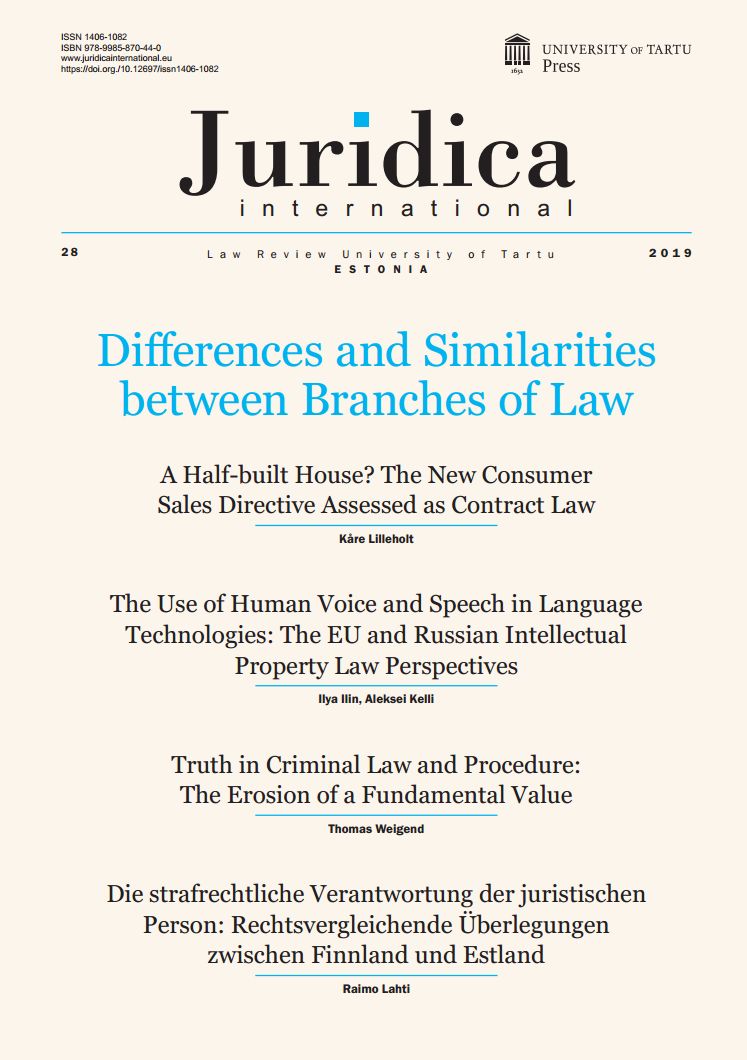 Published
2019-11-13
How to Cite
Feldmanis, L. (2019). The Principle of Trust for Exceptions to the Non-Regression Clause in the Case of Delict of Negligence. Juridica International, 28, 86-94. https://doi.org/10.12697/JI.2019.28.10
Download Citation
Issue
Vol. 28 (2019): Differences and Similarities between Branches of Law
Section
Articles
Open Journal Systems
Information
Current Issue