The Abkhazian Conflict: A Study on Self-determination and International Intervention

The Crimean conflict in 2014 followed in many respects the pattern of Russia’s previous interventions in a neighbouring state – e.g., the 2008 Georgian conflict. Yet its similarities with the forgotten Abkhazian conflict in 1992–1993 are not widely acknowledged.
The principal aim of the study presented was to determine whether Abkhazia had the right to claim statehood and to examine Russia’s actions in support of the Abkhaz separatist forces during the conflict in 1992–1993. The author finds that the Abkhazians, similarly to the Crimean Russians, were not entitled to the right of external self-determination. The paper arrives at the conclusion that the fighting in Abkhazia in 1992–1993 may be categorised as an international armed conflict due to Russia’s direct military intervention. 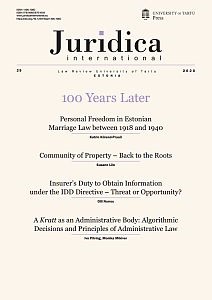