The Legal Concept of Slavery in the Modern European Legal Sphere 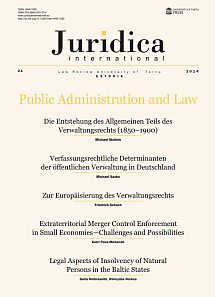