How to Avoid De-professionalisation of the Police

Police reforms in Europe in recent decades have demonstrated that most such reform is loosely linked to problems of safety and that it seldom, if ever, captures police strategies. Reasons for reforms to police structures and operations lie hidden in the economy, politics, or some other domain rather than that of public order or crime – the realm that traditionally is associated with the police. Efficiency- or effectiveness-driven reforms that ignore safety-specific strategies of the police and policing push the police to be more like the average public organisation instead of a professional player in the field of safety. At the same time, the wickedness of safety problems demands of the police more sophisticated knowledge about policing, along with an organisation that is capable of responding to the task environment and implementing various changes on its basis. The article elaborates on ideas about the organisational and strategic conditions that, irrespective of the causes or directions of future police reforms, are necessary for avoiding de-professionalisation and for keeping the police in line with the institution’s core mission. 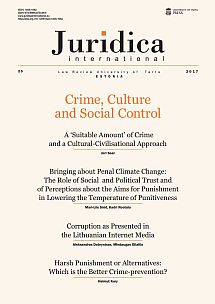