Estonia’s first Bankruptcy Act was passed in 1992 and has been continuously under amendment. Estonian bankruptcy law has provided three distinct procedures for the determination of votes at the first general meeting of creditors: 1) in 1992–2003, the votes were determined only by the trustee; 2) in 2004–2009, the votes determined by the trustee were approved by the court; and 3) under the current law, the court intervenes only if there is a dispute over the determination of the votes. All the amendments notwithstanding, the process of determining the votes under Estonian bankruptcy law remains problematic. The current procedure for the determination of the votes at the first general meeting of creditors does not protect the rights and interests of the creditors, protect the common interests of the creditors, or follow the principle of procedural economy. The law should provide a term that specifies the time by which court rulings on the determination of the votes should be made. Thereby, important decisions could be adopted at the same general meeting, and bankruptcy proceedings could continue. Furthermore, to ensure that disputes are resolved within reasonable time and that the principles of speed and efficiency are honoured, insolvency courts should be created.

There is also the problem of determining which issues belong to the disputes about votes. A creditor assigned votes must file proof of claim, together with documents proving the circumstances, with the trustee in three working days. For protecting the creditors’ interests and ensuring a fair and equitable system, the trustee, in co operation with the court, has the right and obligation to verify and evaluate the documents substantiating the claim, in order to prevent unjustified claims from conferring control over the bankruptcy proceedings. 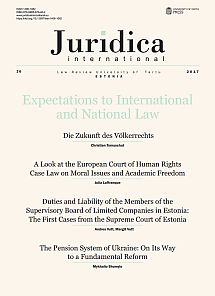