Print culture and printing presses became available to history writers in Estland and Livland in two different waves. The use of printed books and the idea of having their own work printed emerged in the mid- and latter sixteenth century. This was affected by the Livonian War and greater interest in the area. The books were printed in Central Europe where a handful of printing centres dominated printing. Printing presses were established when different educational institutions were founded or in the case of Riga and Narva when demand in the city became large enough to support a local printer. Even when local printers were available, historians more often used printed books made available simultaneously with circulating manuscripts. Although local history was available in manuscript form, the printed histories of Balthasar Russow, Salomon Henning and Laurentius Müller were very influential. The larger variety of printed sources changed the way history was written. It now included the mentioning of the area by classical authors, discussions on the origins of the local inhabitants, and the gothic historiography of the early medieval period. Authors used newspapers and pamphlets to write about contemporary events. Some authors such as Friedrich Menius and Paul Einhorn had their shorter works printed by local printers but their longer full chronicles were either left in manuscript form or printed in Germany. Keywords: early modern, historiography, chronicle, print culture, printing 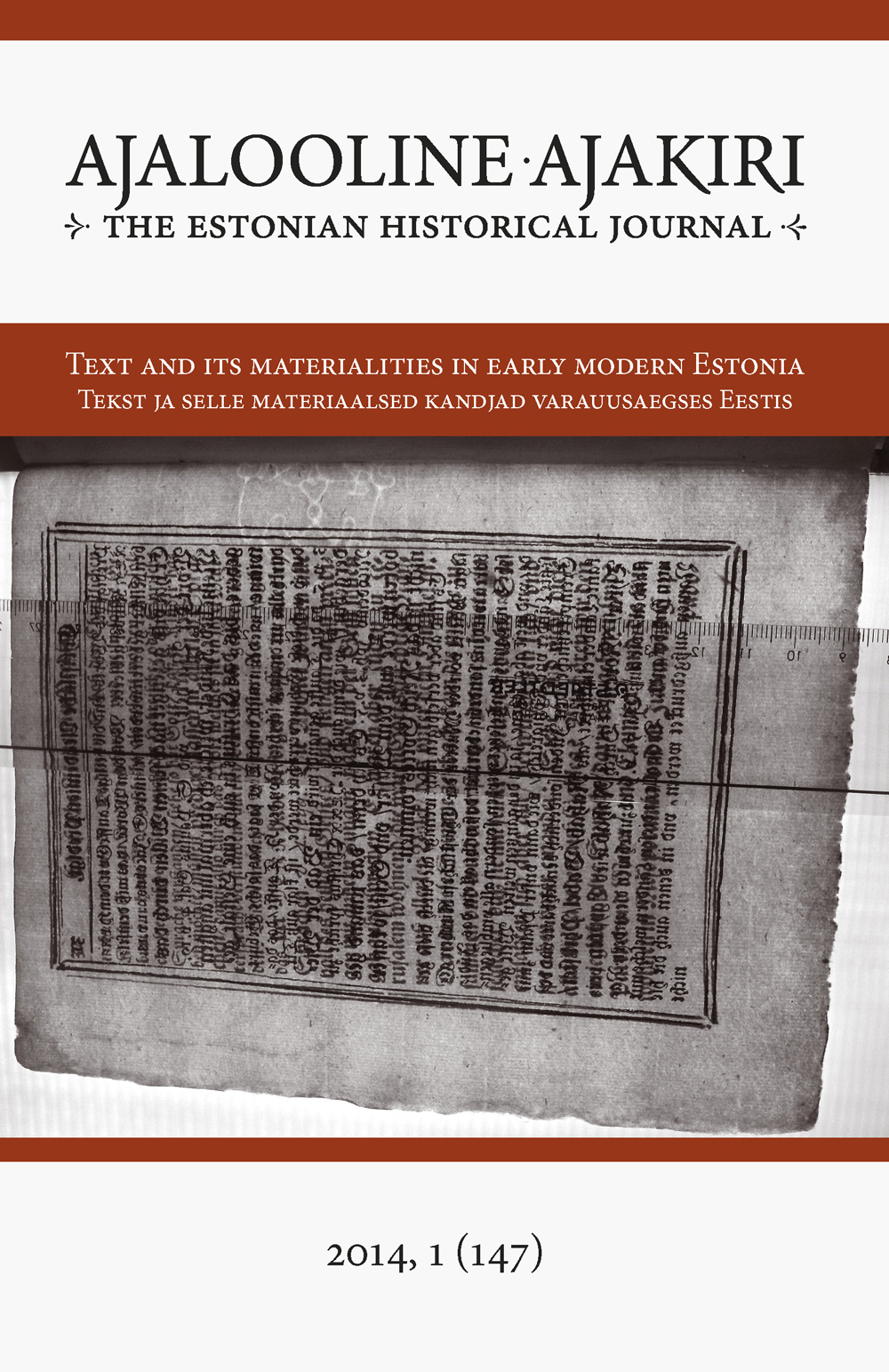