Taking into consideration the lives of the craftsmen, as influenced by the changing social and economic conditions and being aware of their memories, is beneficial not only for understanding the technical aspects of wheeler’s craft but also for following the loss of workmanship in their biographies and attitude. During my fieldwork in the settlements of Northeastern and Eastern Hungary and Bácska (Serbia) between 2006 and 2011, I focused on former wheelwrights working in the handicraft industry.

Studying the loss of knowledge raises new questions regarding the research methodology of disappearing craft and sometimes incomplete knowledge, compared to an active and living craft. In narratives that are collected decades after the craft has disappeared, some aspects of it are emphasised, while otheraspects are considered less significant by the wheelwrights. It depends on how the craftsmen’s attitudes and values were influenced by their experiences in the past 30–40 years. In the analysis, the immediate surroundings that determine one’s choices and means of adaptation have to be taken into account.

The process of losing craft incorporates different memories and experiences in the case of each individual master. The loss of memory takes much more time – fifty to ninety years – than the loss of practice. This process is worth following, as the ways the craftsmen have lost their knowledge also says a lot about wheeler craft, but also about the varied range of values and social relations of craftsmen.

L. G. and P. L. were born and lived in Bükk Mountains. Due to forest wood works, everybody knew the forest and the different species of trees well, and the carriage industry, as well as the growing mining industry later on, provided enough employment opportunities for those that did not specialise in agriculture or animal husbandry. When the demand for the wheelwrights’ products decreased, they could find a job in mines, working parallel at home, too, using their original craft expertise. It was mainly the co-operative farms that offered employment opportunities for the wheelwright from Tiszaigar (Great Hungarian Plain) after the decline of the craft, as here beside industry, agriculture and animal husbandry were more significant than in the mountain regions. The fourth informant, P. B. was born in Törökszentmiklós (a town with ca 10,000 inhabitants) into a wheeler dynasty. However, he never practiced his profession actively. His family of wheelwrights had a significant past in the craft and consequently more properties and social fame. Since the other three wheelwrights came from peasant families and to them craftsmanship meant an advancement on social level, for P. B., the next step in the social hierarchy was the diploma.  P. B.’s high social status, which he achieved in the community through his political career, connects with the historic status of his family of handicraftsmen. Therefore, in this case, the prestige related to the profession is based not on the wheelwright’s expertise as a craftsman but on the family’s history and on his own political career.

The craftsmen who had once practiced their profession actively have not yet lost their knowledge; they have, however, lost some social relationships, and their roles in the community have also changed. The master—apprentice relationship disappeared, along with all the rules; there is no longer any respect for a good master or good apprentice, and the milieu in which the craftsmen identified themselves is nowhere to be found. Also gone is the craftsman—customer relationship, which consisted of deals, reliability, assistance to each other, and just a general knowledge of people. Although all of these were lost after the practice had been abandoned, the expertise will be lost much later than the values and social interactions that accompany it.

As the demand for wheelwrighting and several other crafts disappeared in the second half of the 20th century, the values created by small peasant communities and subscribed to by all honest craftsmen lost their validity under the new social and economical circumstances. These values were the prestige of craftsmanship, emphasised by the number of the apprentices and assistants, the independent workshop, the knowledge and the social roles.

The process of loss can be grasped also through still existing or incomplete sets of tools. The once-essential tools and models gradually disappeared from the mechanised workshops and were replaced by machines in workshops still in use. In the only workshop where I found almost every tool, all of them were in effect part of an exhibition space. Even if the tools disappear physically, they play an important role in recollections. Their former use symbolised the expertise, the „true“ craft that had not yet utilised machines. The examination of loss, cessation, i.e., change, draws our attention to the fact that the history of the wheelwrighting industry also includes the last decade when craftsmen used machines, and all the more so since, technical innovations were partly what led to the loss of the craft. 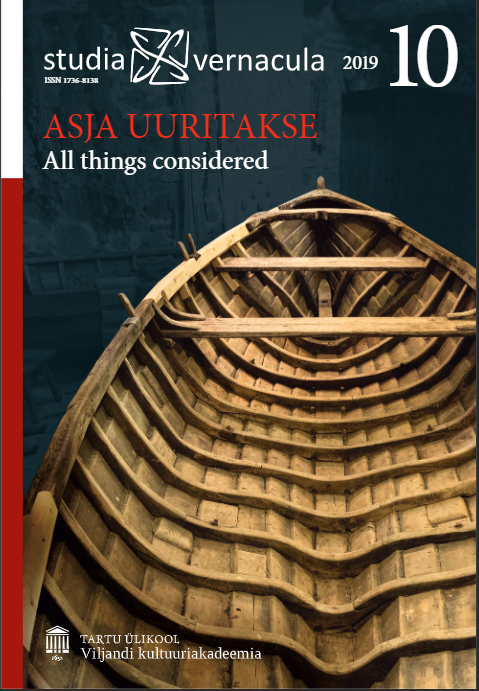