The article proceeds from the concept of ruptured landscape that Jonathan Miles-Watson, Hugo Reinert and Helen Sooväli-Sepping propose in their edited volume Ruptured Landscapes: Landscape, Identity and Social Change (2015). Sharp ruptures, discontinuations and changes in society are reflected in accompanying abrupt landscape changes, which in turn affect the lives of the inhabitants of the landscape. The cityscapes appearing in the three last novels of Bernard Kangro’s (1910-1994) Tartu Cycle: Kivisild (“The stone bridge” 1963), Must raamat (“The black book” 1965) and Keeristuli (“Whirlfire” 1969) can certainly be considered ruptured cityscapes. In these works that Kangro wrote while in exile in Sweden, the city of Tartu is depicted as an occupied territory and as a frontline city in the period 1939–44. Dramatic glimpses are also gained of Tallinn in the wake of the Soviet bombing raids of the German-occupied Estonia in March 1944. The novels testify to breaks and fractures in the material texture of the cityscape that accompany the political violence, while the characters’ relationships, movement opportunities and even temporal coordinates are torn apart. In the wake of the events described, the author himself was torn away from home as he fled from Estonia in 1944.

The article discusses Kangro’s cityscapes with a focus on the built and the natural environments from among the four main dimensions of literary cities suggested by Hana Wirth-Nesher. Still, the human and verbal dimensions are also represented in detail and appear in rich combinations with the former two. The novels’ cityscapes are observed side by side with the activities of the Tartu Urban Studies Committee that were started in 1941, after Tartu had been a frontline town suffering from near continuous incendiary artillery fire for two weeks. The Committee, led by Edgar Kant, Professor of Economic Geography at the University of Tartu, launched a research initiative to document the changes in the immedate situation in the city, aiming to fix and describe even short-lived phenomena in the ruined city that could be expected to be erased and forgotten soon. Kangro’s literary descriptions, created in the 1960s, have much in common with the research team’s eyewitness accounts of the devasted city as regards visual details observed. However, the research accounts remained in Estonia and were published only in the twenty-first century. Thus Kangro could not have consulted them when working on the novels.

The most acute rupture in the texture of the city was the detonation by the retreating Soviet Army of the eighteenth-century Stone Bridge that was given to Tartu by Catherine the Great and had been one of its most imposing visual landmarks. This event initiated the devastation of the city on 9 June 1941 and it is symptomatic that the title of the first novel of the wartime trilogy derives from the loss of this architectural monument, which was an artery of traffic between the banks of the Emajõgi River. The symbolic aura that the Stone Bridge acquired in Kangro’s work in general has been pointed out by several critics. Kangro pays most attention to the damage incurred in 1941, but also touches upon later bombing raids and the military activities announcing the second approach of the front in 1944. The air raid scenes strongly feature Wirth-Nesher’s category of the human environment, as people are depicted escaping or attempting to save their belongings. The novels also insistently remind readers of the natural environment, ranging from the town’s topography, set in a valley, to the weather and the plants growing in the city. A particularly salient detail is scorched and broken trees left behind from the artillery attacks that nevertheless may retain some green branches promising survival. The life-affirming power of damaged trees, and nature in general also appears in Kangro’s other works.

Both the literary and the scholarly depictions emphatically involve the senses: not just vision, but also olfactory and tactile perception. In consequence, readers’ attention is often focused not so much on the landscape, but on the proximity, defined by Kant and his mentor, the Finnish geographer Johannes Gabriel Granö, as the spatial complex observable by the senses that is closest to the observer. Both geographers and writers of fiction select certain elements for their creative or research projects. In the case of Kangro it seems that in creating his imaginary cityscapes in a period of rupture he has concentrated on several aspects that were also shared by the research team of geographers led by Kant who would continue his career in exile at Lund University, in the same Swedish city that became Kangro’s home.

Ene-Reet Soovik – MA, editor of the semiotics journal Sign Systems Studies published by the Institute  of Philosophy and Semiotics, University of Tartu, and Researcher in Estonian Literature at the Insitute of Cultural Research of the same university. Her current research interests include spatiality in literature, literary urban studies and ecocriticism. 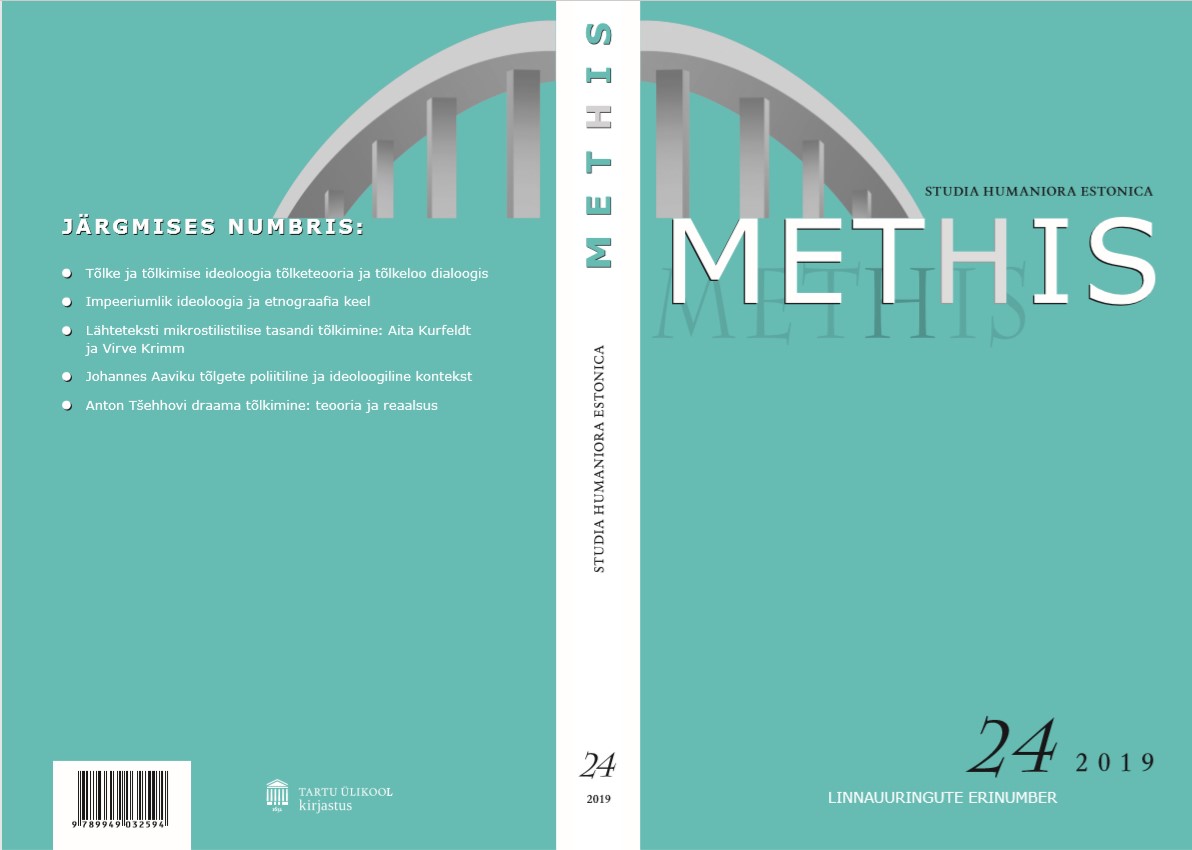